Acknowledgement of the Traditional Owners and the participation of the Butchulla people and their welcome to country on behalf of K’Gari (Fraser Island).

I’d also like to acknowledge John Sinclair who’s been a champion for Fraser Island since I was a boy – which is saying something – and to all participants in this conference. Fraser Island is very special and it is absolutely vital that gatherings like this keep it in the public consciousness. If you haven’t visited USC before, sustainability is core to the USC mission. As you step out of this building you’ll see our butterfly garden. There’s the 15ha of translocated habitat at the other end of campus. We are constantly improving our environmental credentials, whether it’s by reducing landfill or implementing OSCA (our On Site Compositing Apparatus), creating new habitats or establishing nesting boxes across the site. If you have time to do a tour, there’s an app available from the registration desk that will guide you around campus. We are also introducing new degree programs that will produce graduates who can make a difference – Animal Ecology this year, for example, and Environmental Management and Outdoor Education in 2016.

I grew up in Brisbane, went bush for 5 years as a school teacher and landed back at the University of Queensland to complete a degree, honours and PhD and start an academic career. In the mid 1970’s as a postgrad and sessional lecturer I was lucky enough to be around when satellite remote sensing was “invented” – for a geographer this was an absolute revolution.

At the time, we got hold of a colour-additive-viewer, a cumbersome manual machine that allowed us to optically overlay photographic transparencies of each Landsat band, based in different colour combinations. It was very primitive, given Landsat was digital data, but at the time it was state of the art – one of the first sets of images we imported from NASA and was the northern half of Fraser Island – mind blowing – the vegetation boundaries were so clear, the blow-outs and lakes could be studied in all their glory. One of my first PhD students (Dr Suzanne Buzer) completed her thesis on the Fraser blow-outs.

I left UQ in mid-1990s for Northern Territory where I was involved with the application of RS technology to bushfire management in the Top End and in Eastern Indonesia, and it’s great to see Philip Stewart participating today as he was part of this story, BUT – there is a rationale to this ramble…

I joined USC in 2005 and very quickly got myself up to Fraser Island to have a look at this University’s facilities at Dilli and Kingfisher. Given my ‘fire’ history, and experience regarding managing fuel loads, once I had a look around I thought bloody hell, this joint is a disaster waiting to happen. My initial reaction, was, that at that time, we weren’t doing well regarding the management and custodianships of K’gari and neither was USC at Dilli Village.

I see Dilli as a potential jewel in the USC crown. In addition to the infrastructure upgrades, we allocate about $300k per year to keep the place running but until the last couple of years our faculties haven’t embraced the opportunities this fantastic site, in a fantastic place, provide. That is quickly changing and, of course, our colleagues from UQ take something like 600 students a year to Dilli. The research USC is doing is highlighted today along with that of UQ, USQ, E&H and Park Services.

It’s been hard work. When I arrived at USC as DVC I saw an immediate role for Dilli as an environmental educational centre for schools where our Science and Education faculties in particular could use Dilli as a prac school and develop education packages to service the school curriculum from primary to secondary. Alas, at about this time Occupational Health and Safety protocols rolled over the top of previous school excursion protocols.

As we took over the lease at Dilli from NPWS in 2004, they thoughtfully removed the little bridge linking Dilli to the beach – which meant every school group visiting Dilli needed to use the 4WD track if a visit to the beach was to be attempted – not surprisingly it didn’t pass OH & S muster.

It took 10yrs to get approval to replace that bridge, but we received that in 2014 and a $250k bridge is in place now and USC can get on with its plans to use this very special place as a venue to inspire our next generations.

But to me, frustration over the bridge highlights a whole spectrum of issues about the management of Fraser Island and what the role of this World Heritage Site should be in the future. I don’t think that we’ve got it right now and I really do worry about how ready politicians and bureaucrats are to make the hard, let alone right, decisions.

And I guess that’s really what this conference is about. You’re the people with a very personal and very informed interest in the future of Fraser Island. I wish you every success with your knowledge sharing and encourage you to identify the big issues and make sure the Australian community are aware of them. 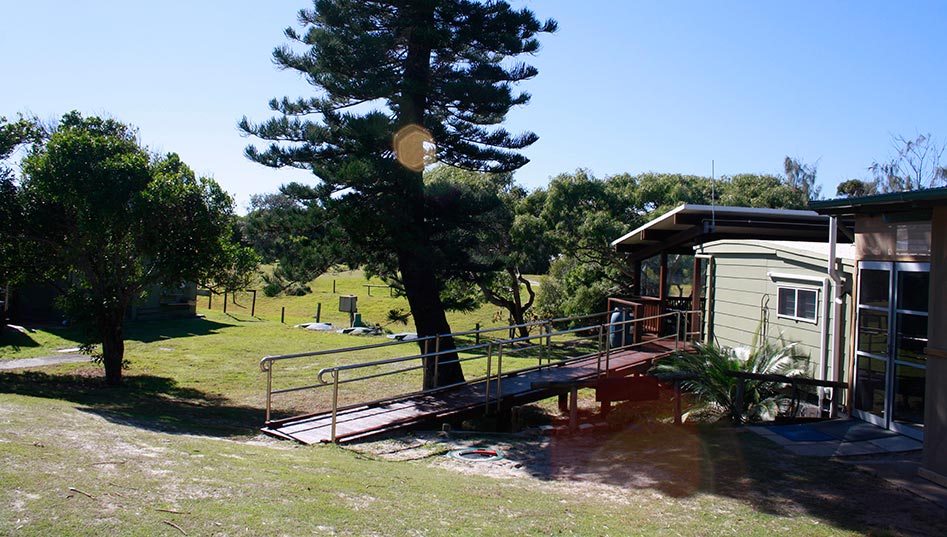