Well, 20 years as a member of Council and 10 years as Chancellor – what a wonderful record of service.

USC has always travelled well and continues to do so regardless of what curve balls governments have thrown. And, in this context, it’s interesting to reflect on the latest pitch – a 5% CGS cut over two years, plus a further 7.5% withheld for performance.

But to put things in perspective, the likes of Melbourne will be experiencing a 5% cut on 13% of its Commonwealth grant, whereas an institution like USC will see a 5% cut on 40% plus of its income.

Nevertheless, as I said, USC has always travelled well and a key reason for this is the relationship between the Council and the University’s management team. From a Vice-Chancellor’s perspective, John has been a leader in cultivating and actioning this relationship.

In addition to championing a productive partnership between governance and management, John has been a very active contributor to many, many aspects of the University’s business. His personalised approach to interacting with graduands at graduation ceremonies is legendary – even if does cause a bit of angst for those of us watching the clock!

And, he has been a fantastic ambassador for philanthropy at USC. He has worked tirelessly to seek support for disadvantaged students and more recently he has become a champion of the mental health issues facing our region. And, in association with our wonderful local philanthropists Roy and Nola Thompson, we’re getting on the front foot on this one.

Nevertheless, John M Dobson is not without sin. As all his friends would appreciate, he has had an interesting relationship with the church, and particularly, its hierarchy. It has been a standing joke between John and me that I’d often comment that but for the passage of a few centuries he would certainly have been burned at the stake. But in typical John style, I think the last time I mentioned he probably wouldn’t have fared well under the Spanish Inquisition, he responded that he would have been fine because he would have been running it. That’s confidence for you.

And a measure of the man can be seen in John’s recent health challenges. At his final graduation ceremony for USC, John shared his story with the graduands and their families and friends. It was sobering stuff and much to my discomfort, I was mentioned in dispatches. Given a prognosis of possibly six months to live, John told the assembled masses that when Greg Hill came to see him, my eyes told him that I thought that was a rather positive prognosis.

And, of course, he was right, but for goodness sake, John was housed in a palliative care facility. Not the most encouraging of environments.

John, of course, is out the other side, but the lasting impression this episode in his life has made on me is the inspiring cohort of friends who rallied around him in his hour of need. They undoubtedly inspired John to tough it out and, in addition to this resolute inner-circle, while John was off-line I had literally hundreds of people asking after him and asking me to pass on best wishes, etc.

So, in addition to being and exemplar of a Chancellor, John Dobson is an exemplar of a person who can communicate, listen and respond to community. 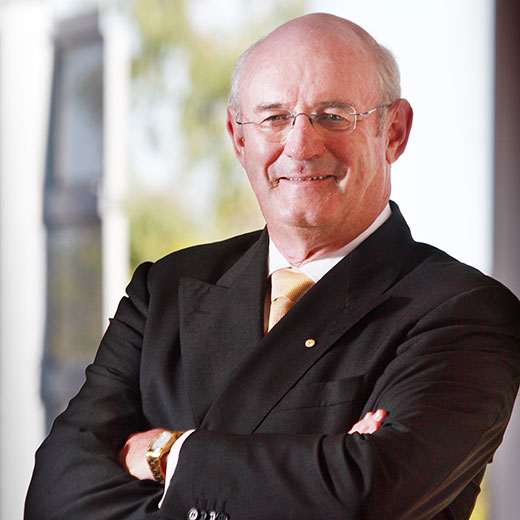