Imagination can open up career potential - University of the Sunshine Coast, Queensland, Australia

Imagination can open up career potential

Aspiring super sleuths will be able to test out their investigative skills at the University of the Sunshine Coast’s annual Imaginarium and Open Day on Sunday 9 August from 10am to 2pm.

The University will provide its own version of Crime Scene Investigation via an augmented reality exercise that was a big hit at the recent Tertiary Studies Expo in Brisbane.

Visitors will use cutting-edge technology to uncover clues about suspects associated with a “campus crime scene” and then go in the running to win a $5,000 holiday.

Anyone with a real aptitude for crime solving will be able to chat with Criminology and Justice academics, who will be among the many USC staff available for one-on-one discussions with prospective students.

USC will next year introduce three new double degrees in Criminology and Justice that are combined with Law, Psychology or Social Work.

Visitors to Imaginarium are also encouraged to bring along the paper planes that landed in many household letterboxes across the Coast in recent weeks.

More of these promotional flyers that actually fly will be available on the day for people to compete in a range of aeronautical events to claim ‘Imaginarium money’ that can be used to buy merchandise.

Those who excel at this activity might also enjoy meeting some of USC’s enthusiastic Engineering academics who will be on hand for Open Day.

Other activities to earn ‘Imaginarium money’ include building a giraffe out of popsicle sticks, digging for fossils, taking part in a memory test of the decimal places of pi, navigating through a giant maze, stepping inside a giant bubble and joining in a drumming circle.

A crowd of 8,000 is expected at the event that will feature live entertainment from Darren Percival and hoo8hoo, plenty of food stalls, campus tours and the chance to win a $10,000 trip to either Malaysia, Cambodia or Tonga where USC is involved in research.

For more details about USC’s Imaginarium and Open Day on Sunday 9 August, go to www.usc.edu.au/imaginarium 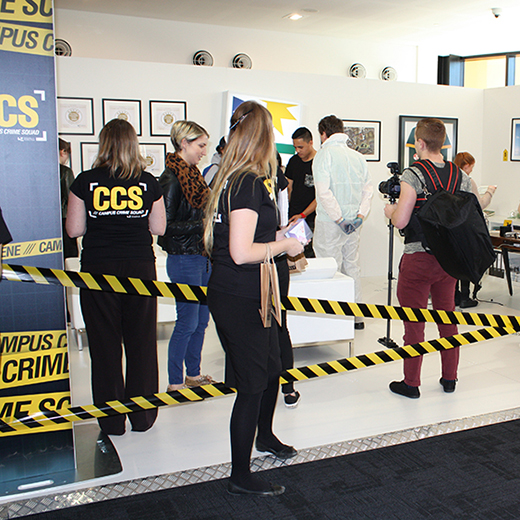