Stepping off the sporting field to front the media for interviews doesn’t come easily for most athletes.

So University of the Sunshine Coast Lecturer in Journalism Peter English aims to bridge the gap between athletes and sports journalists in a special public lecture on Friday 28 August.

Dr English’s presentation is part of USC’s Friday Night Sports Talk series, aimed at people aged 13 and up but open to anyone with an interest in sport, health and wellbeing.

The talk will give insights into the sometimes fraught world of sports journalism, the role of journalists and advice on getting a story into the media.

Dr English, a sports journalist with 18 years of experience, said building a media profile could be difficult but had benefits for an up and coming sportsperson.

“Athletes tend to either say too much or not enough, and mostly it’s not enough,” Dr English said.

“That doesn’t help them, because a lot of athletes on the way up need to get their story out there and get a profile.

“Jason Day is someone who handled the media really well in his PGA Championship win. After the tournament, he gave honest, revealing answers and you could see how much it meant to him.”

Dr English said the role of a sports journalist was often misunderstood by athletes, who sometimes expected local media to act as a constant supporter.

“The point of sports journalism isn’t to praise the home team all the time – there are critical elements to it,” he said.

“It’s not a journalist’s job to say the Australian cricket team is always the best.

“When they get all out for 60, it’s our job to say why that happened, what they should be doing differently and who should be playing.”

The 30-minute talk will begin at 5.30pm on Friday, August 28 at the USC Sports Stadium recreation room.

The talks are a joint initiative of USC Sport Science, Centre for Support and Advancement of Learning and Teaching (C-SALT), the USC junior basketball club (USCBC) and USC Sport.

They were initiated through an Office of Engagement Research Support Grant, sponsored by local sport retailers and hosted by USCBC. 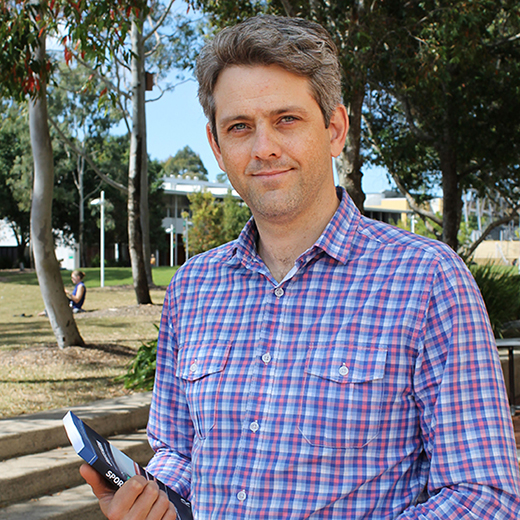 A benchmark report released today on five key Queensland regions has found many regional firms were quick to adapt to the disruptions of the COVID-19 pandemic by embracing new ways to do business and introducing new services.