Two Gympie students successfully laid the foundations for their Engineering studies at the University of the Sunshine Coast while they were at high school.

The University started the ILE program in 2009, and by 2014 offered it at five hubs from Gympie to Redcliffe. The initiative was expanded this year to include disciplines like chemistry, drama, design, health, business and education, so was renamed Integrated Learning Pathways (ILP).

Students involved in this program benefit from having university “brought to them”, with classes delivered weekly at set locations in their home towns.

Kurtis is in his second year of a Bachelor of Engineering (Civil) (Honours) and said he’d recommend USC’s Integrated Learning Program to senior high school students.

“The program allowed me to complete half a semester of subjects in my senior high school years, which not only gave me an insight into my chosen field but also freed up my timetable during my first year of university,” he said

Kaileigh started a Bachelor of Engineering (Mechanical) (Honours) this year and said she knew from a young age that her future career would combine her loves of science, maths and being creative.

“When I was in Year 5, I had to do a school project that involved making a car out of rubbish that could also be powered by pressurised water,” she said. “I loved the assignment so much that I built two different cars.

“I really want to work in the graphics sector creating objects and design systems with computer-aided drawing programs, with a focus on creating a better world.”

“When I talk to students who have done ILP, they’re quick to tell me how much extra confidence it gave them once they actually started here at USC,” he said.

“This is so important in terms of retaining new students because it proves that if you’ve had experience with things like assessment requirements and being treated like a university student then you’ve got a flying start.” 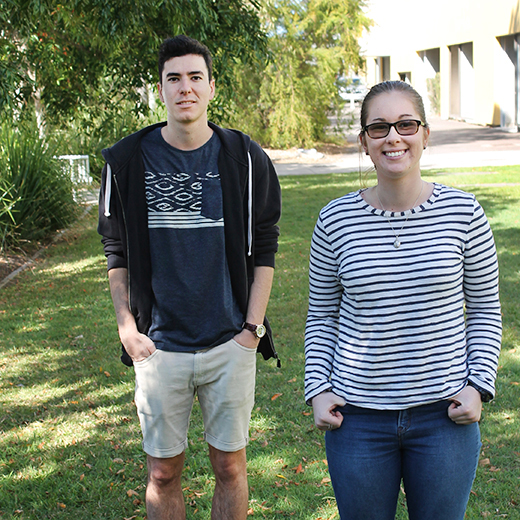