Helping men age successfully – and memorably – is the aim of a University of the Sunshine Coast research project that’s investigating why exercise might help to prevent memory loss conditions such as dementia.

Bachelor of Social Science (Psychology) Honours student Kai Morris will assess oxygenation levels in the brain during three cognitive computer tasks, including playing computer games like Tetris, in males between 50 and 75 as part of his research.

“We already know that exercise helps cognitive function, but we want to know why so we can attempt to isolate the contributing factors that lead to cognitive decline, such as memory loss.”

The Honours student is seeking male volunteers aged between 50 and 75 who are right-handed and right-eye dominant, not suffering from depression and haven’t had any recent surgery.

“If you’re lucky, getting old is something you have to deal with,” Dr Lovell said.

“However, by the time memory loss is properly picked up and diagnosed as something potentially more sinister it’s often too late to do anything other than manage the condition.”

Dr Lovell said despite significant medical advancements in the field of memory loss, there was still no definitive cure for dementia.

“This project is ultimately about joining the medical dots to keep older men in good shape, physically and mentally, for as long as possible,” he said.

“It’s important to note that when we talk about exercise, we’re not suggesting that older people need to start running marathons. This is about being generally active every day, whether it is a walk along the beach or doing the gardening.” 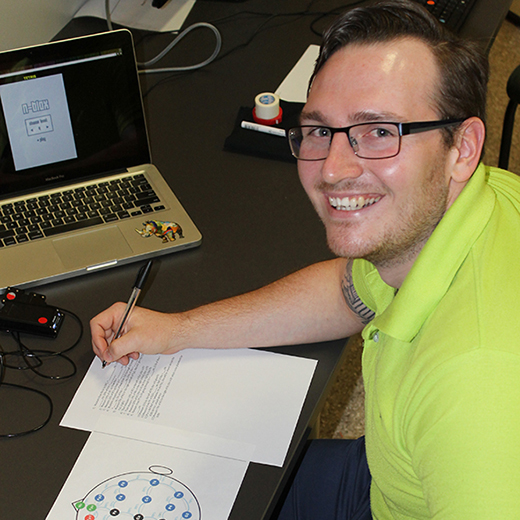