Keeping track of thousands of students’ work placements in science labs, law firms, hospitals and schools is no mean feat.

So the University of the Sunshine Coast is rightfully proud to been recognised as a sector leader in the use of a system that assigns students to their respective work placements.

USC was an early adopter of the placement software Sonia, which has grown from being used mainly in the Health and Education areas to managing work placements from Law to Social Work.

The vendors of Sonia, Planet Software, presented USC’s Work Integrated Learning staff with an inaugural national Leadership and Willingness to Share award for the use of the Sonia work placement system.

Faculty of Science, Health, Education and Engineering Work Integrated Learning Coordinator Sonya Smith said the award acknowledged the effort team members had made to share their knowledge of the industry-leading software with other educational institutions.

“We’ve had quite a number of universities come to visit us here at USC or phone us to talk about the way we use the system,” Ms Smith said.

“The award recognises how important leadership is to the success of a placement system like this.

“We’re happy to share our experience. The more people that are using the program, the better the result will be for students.”

Ms Smith said that by sharing their experiences, WIL team members had made some invaluable connections with other universities, both locally and internationally.

“USC’s leaders in this project have been Gillian Adams and Bronwyn Doyle, and partially funded through the Clinical Training Funding Project, which is an Australian Government initiative,” she said.

Planet Software CEO Dean Rosenhain said the USC WIL team’s work with Sonia over the long term was an exemplar for the tertiary sector. 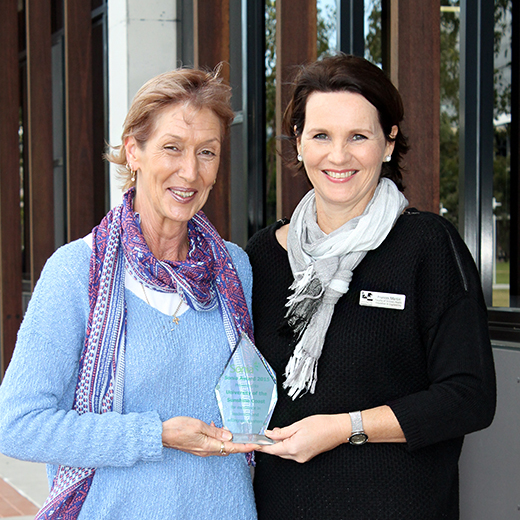 A USC Dietetics student planning a series of work placements across regional Queensland in the next six months has won a $1,500 scholarship to help fund her journey of more than 2,000km.

A medical doctor and clinical researcher of 10 years who treated children with polio in rural India and Nigeria has become a Sunshine Coast high school teacher, encouraging more teenagers – particularly women – into maths and science professions.