A new sky-high structure on the grounds of the University of the Sunshine Coast could change the way buildings are designed in Australia, and even the world.

A research agreement between USC and the Association of Hydraulic Services Consultants Australia (AHSCA) will investigate the hydraulic behaviour of roof water in box gutters and downpipes of large buildings.

The cornerstone of the research is an impressive test rig structure being built on the USC campus. The structure is seven metres high and more than 25 metres long.

See the full video of the 'big rig' project.

Head of USC Engineering’s Stormwater Research Group Dr Terry Lucke said that once the structure was fully operational later this year, it would be the biggest test rig of its kind in Australia.

“It will include a fully-adjustable box gutter system with the capacity for multiple outlets and downpipes over three different levels that will allow for a range of testing parameters,” Dr Lucke said.

“Rainfall intensities are increasing and architects are getting savvier in how they design buildings, so we need more comprehensive regulations that accommodate all of these aspects if we’re going to properly design houses and buildings with a 100-year life span.

“Many standards are based on specifications for single dwellings or small commercial buildings, but these days everything is so much bigger and obviously that means that roof drainage systems need to be bigger too.”

Mr Verstraten said he was currently focusing on the construction and design of the testing rig and reviewing relevant literature.

“Once the facility is up and running, we’ll be testing high flow rates in a way that hasn’t been done before, which is very exciting,” he said.

The researchers hope the project will achieve a more efficient and cost-effective model for the wider construction industry to adopt. 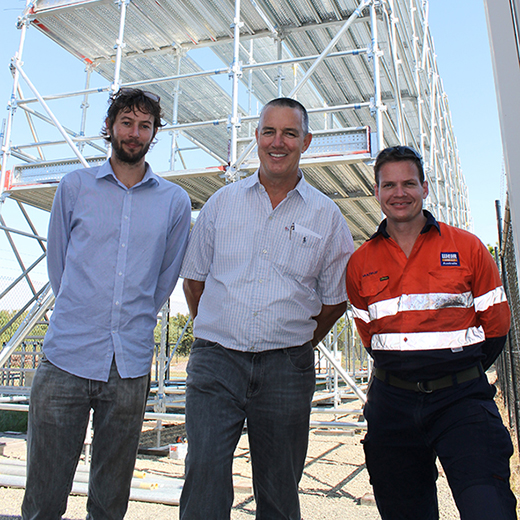