University of the Sunshine Coast researchers have developed world-first technology that allows a simple numeric display to appear on a device that operates similarly to an at-home pregnancy test.

The researchers are adapting this technology for the detection of pathogens, to enable diagnosis of multiple diseases from a single test kit.

Senior Lecturer in Molecular Engineering Dr Joanne Macdonald and PhD student Jia (Jessie) Li have developed this technology, which is powered by molecular interactions and does not require batteries or wires to operate.

An information session will be held this afternoon to describe the technology, and its potential for rapid diagnosis of mosquito-borne pathogens.

Entomologists from Queensland Health and QIMR-Berghofer Medical Research Institute, and virologists from the University of Queensland and University of Western Australia will be discussing the implications for rapid diagnosis and environmental surveillance of Malaria, Dengue, and Ross River virus.

She said it could potentially assist with rapid detection of any disease, from the deadly Hendra virus to cancer diagnosis, and was recently featured in the international journal ‘Lab on a Chip’, published by the Royal Society of Chemistry.

Ms Li recently presented the cutting-edge research when selected as a Top 10 finalist at FreshScience 2015.

The competition is a national initiative that challenges early-career scientists to explain their research while holding a lit sparkler, and finalise their presentation in under the minute it takes the sparkler to burn out.

“Our paper-based biosensor works just like a lateral flow dipstick pregnancy test, but it can be used generically and can detect up to seven biomarkers (such as viruses or diseases) at once,” Ms Li said.

Dr Macdonald said the competition was also open to post-doctoral fellows and Ms Li competed against more senior researchers from universities across Queensland.

“It was excellent to see her perform so well in that arena and showcase the brilliant calibre of research at USC,” Dr Macdonald said.

The research was initially funded by the Queensland Government’s research investment scheme. 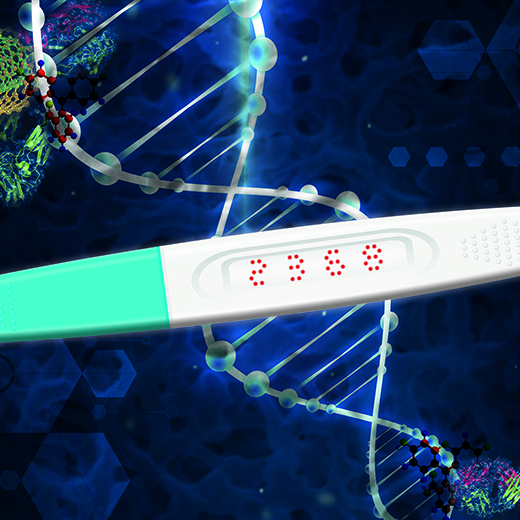