As the University of the Sunshine Coast’s new Professor of Disruptive Technologies, Stuart Smith has one of the more interesting job titles around.

But with digital technologies rapidly transforming the way we live, work and play, it’s also one of the most relevant.

Professor Smith, who joined USC’s Faculty of Arts and Business in June, is a neuroscientist whose work harnesses emerging technologies to positively impact people’s lives.

In the past he has studied the impact of using popular video games, including Dance Dance Revolution and Fruit Ninja, to promote physical exercise and assist rehabilitation. Other research has explored how the national broadband network could transform the delivery of healthcare services to regional and rural Australia.

The term ‘disruptive’ refers to the way technology can create new markets and industries, which Professor Smith said is key to addressing some of the Sunshine Coast’s current challenges and opportunities.

"As a scientist, I’m often frustrated by the lack of translation between what we do in the lab and how that research can be applied in the real world," he said.

"By using existing technologies such as video games but reframing them in interesting ways, we can connect researchers with real people and improve health and wellbeing, which is important for a region with as an ageing population and high levels of youth unemployment."

Professor Smith said taking this approach also would help establish new markets and open up clever ways of thinking about existing industries, which was crucial for projects such as the Kawana health precinct and future Maroochydore CBD.

"My aim is to explore how relevant research and development can leverage the existing capacity and expertise at USC to benefit the wider Sunshine Coast community," he said.

As technology quickly becomes all pervasive, Professor Smith said it was important to remain focussed on its potential benefits.

"So often we are slaves to technology," he said. "It’s important to step back and not let it become our master, but to figure out how we can make it work for us."

Professor Smith joined USC from the University of Tasmania and was previously involved in establishing the Technology Research for Independent Living Centre in Ireland. He has also worked as a Senior Research Officer for Neuroscience Australia and the NASA Ames Research Centre. 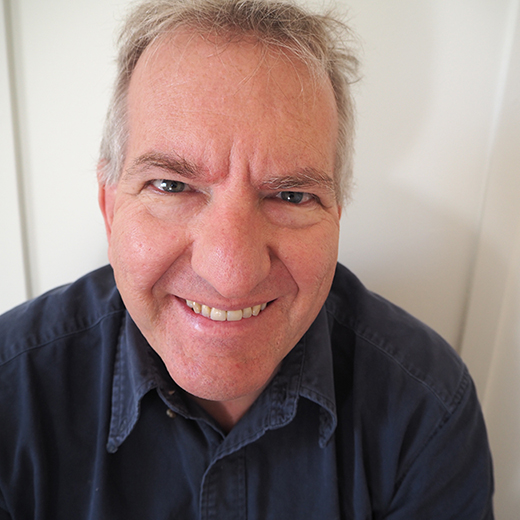