Three USC sprinters look to be in fine form for the upcoming Australian Athletics Championships in Brisbane after strong performances at a recent national relay meet in Adelaide.

Spann, of Bribie Island, was ecstatic to have won a medal in Adelaide. He now has his sights set firmly on running a personal best time against the nation’s elite 400m exponents at the Australian Athletics Championships from March 26-29.

“I’m a couple of seconds off the pace of the quickest 400m runners in Australia,” said Spann. “But if I can clock a PB and make the semi-finals in this company, it’ll be a great result for me personally.”

Spann, 21, said several subjects in his Sport and Exercise Science degree have helped him hone his running technique and understand the best way to develop his sport.

“I’ve found biomechanics and exercise physiology really helpful,” Spann explained. “In fact, I now coach some little athletics youngsters down at Caboolture and have been able to apply elements from my uni subjects into their training.” 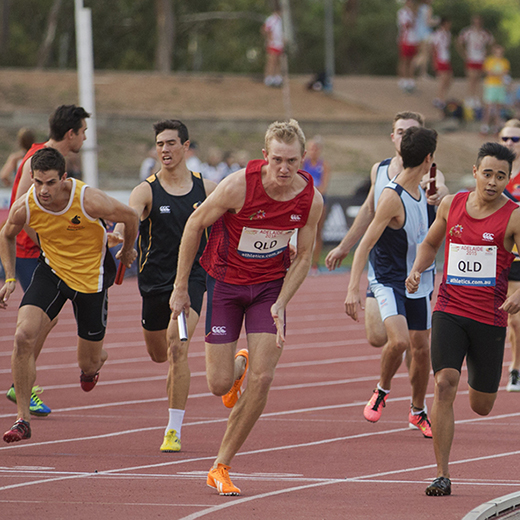