University of the Sunshine Coast students have helped uncover a snake species in Noosa National Park previously not recorded in the area.

Close to 100 Animal Ecology students conducted a comprehensive fauna survey in the Noosa Heads section of the park as part of a field trip last semester.

A highlight of the trip was detecting the yellow-faced whip snake, which was absent from the Park’s species list.

USC Lecturer in Animal Ecology Dr Scott Burnett said the survey, conducted by first- and third-year students, had turned up some surprises.

“There was an abundance of arboreal (tree-dwelling) fauna,” he said. “You couldn’t go spotlighting without seeing multiple squirrel gliders, ringtails and brushtail possums, and that’s very unusual.

“However, numbers for the small ground mammals were fairly light on, and some of the absences stood out. For instance, we didn’t find a single bandicoot.

“That’s not to say there aren’t any there, but the fact we didn’t find any over 24 survey points indicates that they’re very low in numbers.

“It’s a large park, but it does have foxes and cats living there and it’s surrounded by suburbia.”

A frill-necked lizard was among the species detected at the park, along with three other reptile species, six amphibians and 10 mammals.

Dr Burnett said developing the inventory benefitted both the Animal Ecology students and the Queensland Parks and Wildlife Service (QPWS).

“The overriding purpose was to teach animal field techniques, but the data we collected was also genuinely useful for Parks and Wildlife in their management of the national park,” he said.

“To do a fauna survey is very intensive and it costs a lot of money. It might take a month or six weeks to do the work that we did. It’s a really good model, and a win-win for USC and QPWS.” 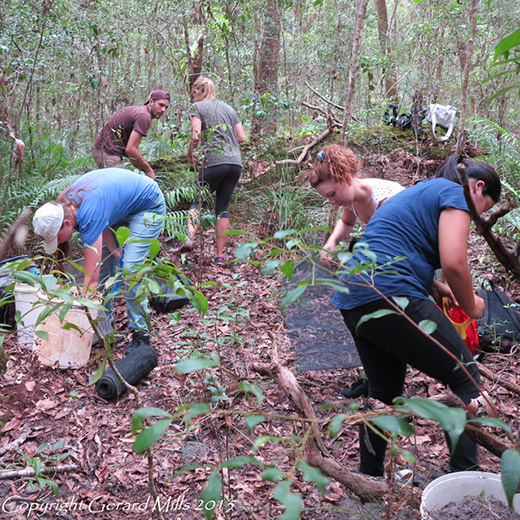