A leading New Zealand-based theatre director and playwright is delving into the science of the future as part of a Doctorate of Creative Arts at the University of the Sunshine Coast.

Richard Finn, who serves as artistic director for the New Zealand College of Performing Arts and has worked in the theatre industry for more than three decades, is researching ‘Sex, Drugs and Rock ‘n’ Roll: The Science in Science Fiction Theatre’.

As part of his research Mr Finn will write and stage three original plays, each based on a particular science: biology, chemistry and neuropsychology, or ‘Sex, Drugs and Rock ‘n’ Roll’.

He will also host workshops to explore the role of science fiction theatre in presenting scientific developments.

Mr Finn was inspired to research science fiction theatre after noting the relatively small number of plays engaging with the genre.

“Science fiction has a massive presence in movies, TV and books, but for some reason it really isn’t done in theatre,” he said.

“But if you look at pop culture events like Armageddon or Comic-Con, you see huge numbers of people dressing up as science fiction characters and essentially performing theatre, or being presented with theatrical events.

“Often these are people who would not be caught dead inside a traditional theatre. So my research looks at whether we can make theatre more relevant and exciting, and get audiences more engaged, if we dial up the science fiction button.”

Mr Finn, who is also the Director of Stage & Screen Arts at Whitireia polytechnic in Wellington, first discovered USC when he came across its study centre at The J Theatre in Noosa Junction while on his honeymoon years ago.

When he decided to pursue a doctorate in 2013 he reached out to USC Professor of Creative Writing Gary Crew, who happened to be in Wellington on a book tour.

“USC had never had a scriptwriter enrol in the DCA before, but Gary and the team were very open-minded and supportive of my research topic,” Mr Finn said.

“I felt that if I was going to study anywhere outside New Zealand, the Sunshine Coast seemed like a lovely place to choose, given I had such fond memories of Noosa.”

USC Lecturer in Drama Dr Jo Loth, who is Mr Finn’s principal supervisor, said it was an honour to be supervising someone of such high standing within the industry.

“Richard is a highly experienced and acclaimed playwright and is making innovative creative explorations in a relatively unexplored genre,” she said. “It is very exciting for USC to be supporting him in this endeavour.” 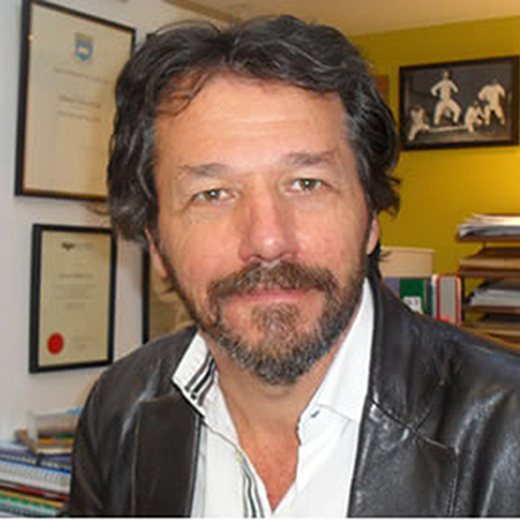