A University of the Sunshine Coast graduand is helping to break stories from around Queensland in the fast-paced newsroom of the Seven Network.

Ashley Porter, who completed a Bachelor of Journalism in 2015, has started work as the social media content coordinator at Seven’s Maroochydore office after completing an internship at the network as part of her degree.

Ashley, 20, is responsible for editing and approving the Facebook and Twitter content posted by each of the station’s seven regions in Queensland, ranging from quirky human interest pieces to rapidly developing news stories.

Eight weeks into her new role, Ashley said she was thrilled to be working in the growing field of online journalism.

“I feel very privileged to be working in an up-and-coming industry like digital journalism right here on the Coast,” she said.

“I think social media has become a really vital platform for news. It’s something that people turn to throughout the day.

“Social media is also a forum for people to have a conversation, and people on the Sunshine Coast are certainly keen to share their views, particularly on controversial issues like vaccination rates.”

During her final semester at USC, Ashley received the award for Most Outstanding Journalism Student at the 2015 Queensland Clarion Awards for a body of work that included an investigative piece on asylum seekers.

Ashley said her exposure to a range of work experience opportunities during her USC studies had helped prepare her for her work.

“The small classes were really beneficial and every tutor and lecturer knew exactly what you were doing with your study and where you wanted to go career-wise,” she said.

“There were a number of internships I wouldn’t have known about if one of the teaching staff hadn’t encouraged me. It was a hands-on, practical degree.”

Ashley will be one of more than 900 USC students attending four graduation ceremonies at the University’s Sports Stadium this Thursday and Friday. 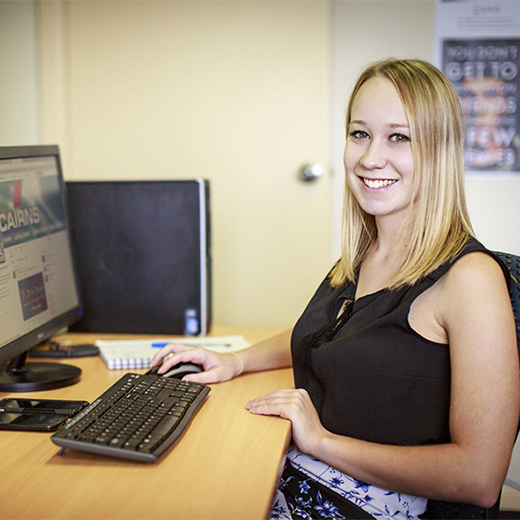