Nursing runs in the blood of Gympie’s Arleen Broad who believes she was born to be a nurse – it just took her several years of working different jobs to realise it.o realise it.

Now in her mid-40s, Arleen has just started a Bachelor of Nursing Science at the University of the Sunshine Coast’s Gympie campus.

The mother of three is following in the footsteps of her mother, who worked as a nurse in hospitals all around Australia, and her father, who was an assistant in nursing in aged care.

“My interest in nursing was instilled in me by my parents. I guess I was always destined to become a nurse, only I didn’t really appreciate that until much later in life,” Arleen said.

“I'm a very social person and really care about the welfare of others.”

Since leaving school at 17, Arleen raised her family and worked in retail, administration and training before her desire to work in health care led to a role as an assistant in nursing at Gympie Hospital last year.

Working in a hospital setting awakened her desire to become a nurse and she investigated her study options at USC Gympie.

“On my first visit I was sold on USC Gympie’s first-class equipment, friendly staff and its beautiful bush setting,” Arleen said.

Arleen said she believed that working in health care while studying Nursing Science would be an advantage at both the hospital and at university.

“I am surrounded by first-class medical professionals every day and have the benefit of working with a great teaching team at both the hospital and at USC Gympie,” she said.

“The hospital has been 100 percent supportive in helping me to better my skill set, by adjusting my hours so that I can attend university and still continue to work.” 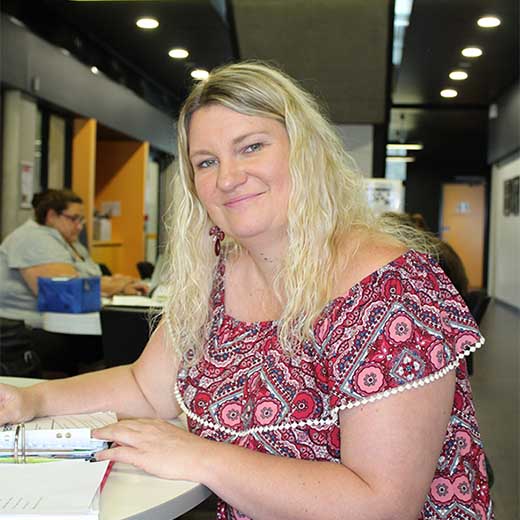