The fledgling USC Spartans swimming team has made the rest of Australia sit up and take notice by finishing third on points at the 2016 National Swimming Championships that finished in Adelaide last night.

The Spartans team, which comprises two high-performance squads coached by Chris Mooney (Olympic) and Jan Cameron (Paralympic) at the University of the Sunshine Coast Pool, ended the eight-day national carnival ahead of many well-established clubs.

Ten Spartans swimmers gained selection in the 65-strong Australian team for the Rio Olympics and Paralympics – a remarkable result for a program that officially began only one year ago.

All seven members of Cameron’s para squad won places in the Australian Paralympic team, while Jake Packard, Leah Neale and Taylor McKeown from Mooney’s squad are set to make their debut on the Australian Olympic team.

Cameron and Mooney have both been selected as coaches for the Australian team and USC academics Dr Danielle Formosa and Professor Brendan Burkett will also travel to Rio with the team as sports scientists.

Mooney said the team was celebrating its success at the Championships and would take a week off training before starting preparations for the Olympics.

“There’s a huge sense of happiness and relief that the processes and the planning has paid off,” he said. “It’s a real win for not just my team but for USC and the Sunshine Coast as a region.

“This is just part one of the dream. We’ve got three swimmers onto the team, and now it’s about achieving great results in Rio.

“We’ll be travelling to Japan in five weeks to compete at the Japan National Championships and after that we’ll be doing altitude work for several weeks.”

Cameron said the reality of making the team for Rio was sinking in for her swimmers after months of intense training leading up to the meet.

It will be the fourth Paralympic Games for Rick Pendleton, the third for Michael Anderson and Blake Cochrane while Guy Harrison-Murray, Braedan Jason, Logan Powell and Jacob Templeton will be making their Paralympic debuts.

“The support and opportunities that USC has provided in such a great environment, led by Brendan Burkett, have made a huge difference to the group.

“Having the two squads (para and able-bodied) working together is unique – you just don’t see that elsewhere. The staff, the facilities and the swimmers all combine together to give us a great culture and opportunities to achieve.” 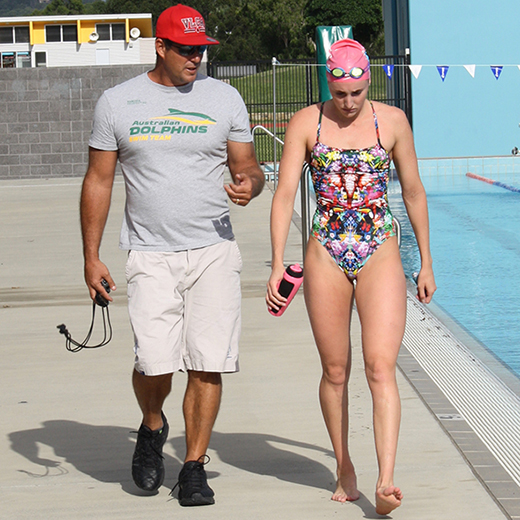