The Australian Sports Foundation has named University of the Sunshine Coast academic and Paralympic swimming legend Brendan Burkett as one of 12 ‘Australian sporting champions’ to support its work developing young athletes.

The Professor of Sport Science will join sporting luminaries like Ian Healy, Andrew Gaze and Nicole Livingstone in promoting the foundation, which provides funding for athletes and sporting clubs from grassroots to elite levels.

Professor Burkett won five Paralympic medals for swimming, captained the Australian team at the 1996 Atlanta Paralympic Games and was the flag bearer at the Sydney 2000 Games Opening Ceremony.

Currently working with the Australian Paralympic team as a sport scientist, Professor Burkett said he hoped his role as a ‘champion’ for the foundation would help more promising young athletes to develop in their chosen sports.

“Being involved in sport teaches discipline and it boosts people’s confidence in other areas of life, particularly if they have been disadvantaged,” he said.

“The foundation does a lot of work in supporting talented athletes to progress to an elite status, but I think its programs at the grassroots level are just as important.”

Professor Burkett plays an important role in assisting the USC-based high-performance swimming squads’ members, who are this week vying for selection for the Australian Olympic and Paralympic teams.

Australian Sports Foundation Chief Executive Patrick Walker said he was grateful that Professor Burkett and the other ‘Champions’ had agreed to support the ASF’s fundraising efforts.

“Each of these sportsmen and women have reached the pinnacle in their chosen sport and understand the pathway to the top requires ongoing financial support,” Mr Walker said. 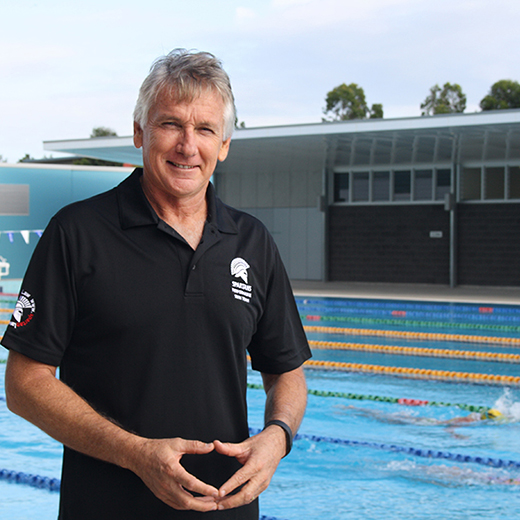