A University of the Sunshine Coast scientist who is developing tests to diagnose the mosquito-borne Zika virus and other viruses will be part of a special research delegation to travel to Brazil and Colombia next week.

Senior Lecturer in Molecular Engineering Dr Joanne Macdonald was selected as one of 14 Australian researchers to attend the Tropical Medicine Mission 2016 run by the Australian Government’s trade commission, AusTrade.

The 10-day mission from 11 April aims to create international partnerships to combat tropical diseases in Latin America, at a time when Zika virus is in the world spotlight.

Dr Macdonald and other delegates will attend workshops with scientists from Brazil’s two largest medical research institutions, as well as meetings with representatives from the Tropical Medicine Institute of Colombia.

“I think some of the technology and processes we’ve developed could be very valuable in those countries where viruses like Zika and malaria are common,” she said.

“While a drug or a vaccine might be highly useful, if we don’t know where a disease is or if we can’t detect it rapidly, we can’t deploy drugs and vaccines effectively.

“I’m interested to find out what the local needs are and how we could adapt the technology to those individual circumstances.”

In 2015, Dr Macdonald received a Bill & Melinda Gates Foundation grant to develop a world-first rapid test kit for pathogens in mosquitoes, with a particular focus on malaria.

She said while the Zika virus outbreak in Brazil was currently making international headlines, the country was also battling diseases such as malaria, dengue fever and chikungunya.

“This mission is an opportunity to open some doors to utilising our technology to benefit Brazil’s huge population,” she said. 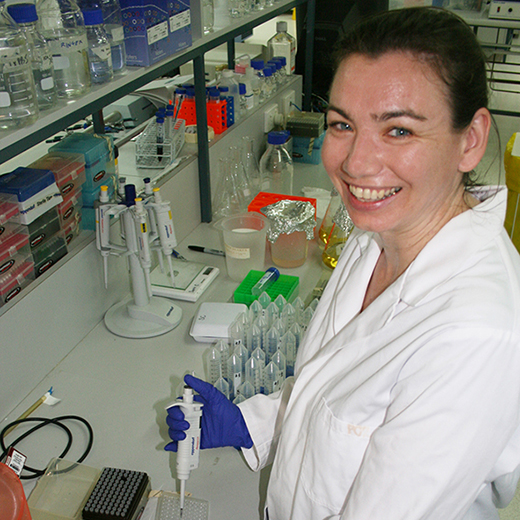