Mooloolaba resident Tamarah Randell will today become the first young mother from Burnside High’s award-winning STEMM program to graduate from the University of the Sunshine Coast.

STEMM supports pregnant teenagers and young mothers through education, mothering advice and mentoring. As part of the program, participants can study subjects from USC’s Tertiary Preparation Pathway (TPP) to prepare for university.

Tamarah, 25, completed four TPP subjects through the 18-month STEMM program before enrolling in USC’s Bachelor of Nursing, which she completed part-time while raising her daughter Sasha-Jayde (now six).

Tamarah now works as a registered nurse at the Royal Brisbane and Women’s Hospital and will receive her degree at today’s 3pm graduation ceremony at USC’s Sippy Downs campus.

She said that while balancing study and motherhood was not without its challenges, she had plenty of support to succeed.

“The hardest part was finding time to study and do assignments outside uni,” she said. “I couldn’t have done it without the support of my own mum and the staff at USC.

“USC was very flexible, and my lecturers and tutors understood the extra challenges that come with being a single mum.”

USC’s Tertiary Preparation Pathway Course Coordinator Emma Kill said Tamarah’s graduation, which will be attended by Burnside High’s current STEMM participants, would be a special day for everyone involved in the program.

“When you have a baby quite young, it’s easy to feel like there are no options to study or further your career,” Ms Kill said.

“The fact that Tamarah has managed not only to raise her daughter and become a wonderful mother, but also to complete a nursing degree, is a remarkable achievement, and a huge inspiration to other young mums.”

USC has been offering TPP courses through STEMM since the program began in 2008. Another four young women involved in the program are expected to graduate from USC in 2017. 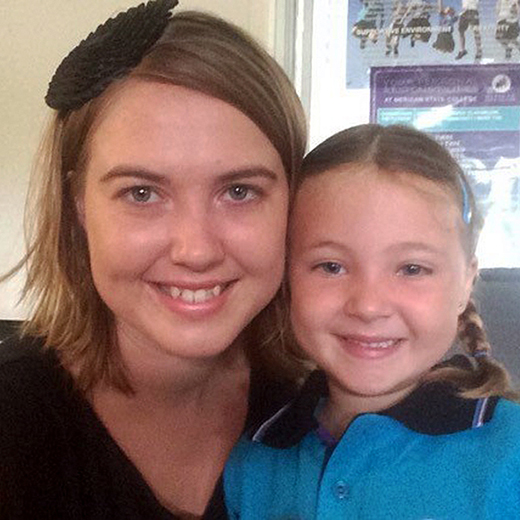