From the air to the sea, Mooloolaba and Maroochydore beaches are this week in the sights of University of the Sunshine Coast researchers working in collaboration with Sunshine Coast Council on a project to map the ocean floor to improve coastal zone management.

Weather permitting, Dr Leon and Mr Rummell will fly a small quad-copter drone over both beaches to take aerial photos of wave movements, each along a 1km stretch of sand, from the shore out to a water depth of 13 metres.

“We’ll then compare these three methods for cost-effectiveness and accuracy to determine which to recommend to the council,” he said.

“This has never been done in Australia so we’re excited to see the results, which aim to help with future monitoring and management of issues such as sand bars and gutters, beach replenishment, dredging and erosion.” 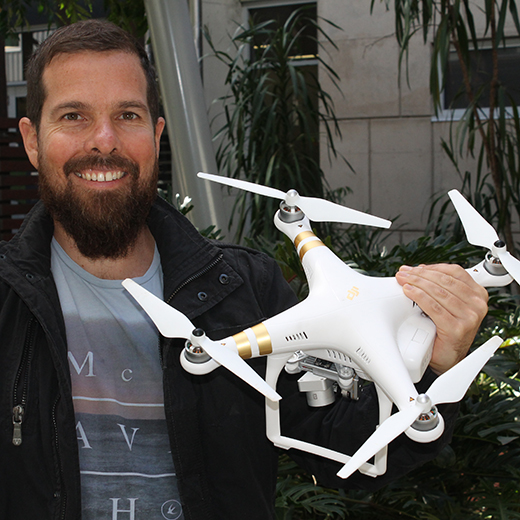