Australia’s newest sports franchise is set to strike into netball’s elite national competition in 2017 with the Sunshine Coast Lightning, to be based at USC, officially unveiled today.

A joint venture between Melbourne Storm and the University of the Sunshine Coast, the Sunshine Coast Lightning was announced as the name of the region’s first national elite sports team – just six months out from the start of the new national netball competition.

The team name and logo was unveiled at a function at USC’s Sippy Downs campus, with the team website also launched.

The team will continue to build its own identity as other milestones are reached over the coming weeks and months – most notably player signings.

Mr Donaghy said, “Today is an incredibly exciting day to be able to present Sunshine Coast Lightning to the community.

“Establishing an identity is the first, crucial step in the creation of a professional sporting franchise.

“We have secured the best coach and as we progress with the recruitment of players, we encourage the Sunshine Coast community to register their support and interest at sunshinecoastlightning.com.au.”

Professor Hill said the establishment of Sunshine Coast Lightning as the region’s first national sports team would promote high-performance sport as a key attribute of the region.

“This partnership has galvanised USC to develop a strong brand around high-performance sport and invest in developing its facilities to a new level," he said.

“Sunshine Coast Lightning is a wonderful fit to our University, where two-thirds of the students are female, and to a region with more than 6,000 registered netballers.”

Mayor Jamieson said the Lightning would be a great addition to the world of opportunities in the Sunshine Coast region.

“Our Council is proud of what has been achieved through this partnership and to be part of the consortium that has won this licence,” he said. “We can’t wait for the opening game and cheering for the Lightning when they hit the floor at USC.”

Ms Taurua, a former Silver Fern, was appointed as head coach earlier this month and is now tasked with recruiting players for her inaugural team which will be based at USC’s high performance centre.

To register to receive all the latest updates visit Sunshine Coast Lightning. 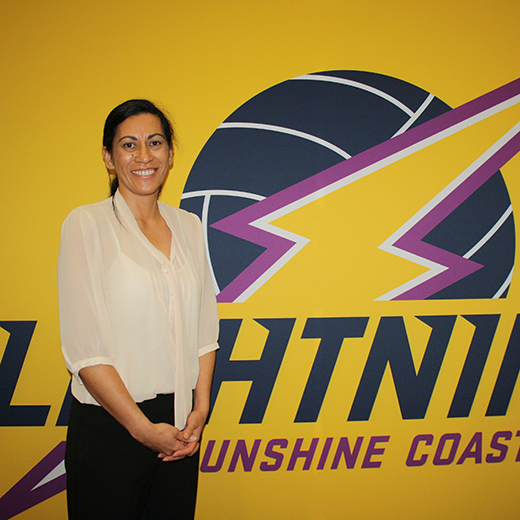