USC scientist is a Women in Technology finalist - University of the Sunshine Coast, Queensland, Australia

University of the Sunshine Coast researcher Joanne Macdonald has been named as a finalist in the prestigious 2016 Women in Technology (WiT) Awards.

The Senior Lecturer in Molecular Engineering, who is currently developing rapid diagnostic tests for the Zika and Hendra viruses, is one of just four finalists state-wide in the Life Sciences Outstanding Achievement Award category.

The award recognises female scientists with more than 15 years of experience who have made a major contribution to developing Queensland’s life sciences field.

Dr Macdonald was nominated by a fellow USC academic for her work using molecular engineering to provide solutions to medical problems.

Her previous achievements include co-inventing an enzyme that can stop cardiac arrest in cases of cocaine overdose and developing a computer made from DNA molecules able to play tic-tac-toe against a human opponent.

Dr Macdonald said she was honoured to be named alongside a number of eminent Queensland scientists nominated for WiT awards, which will be presented in Brisbane on Friday, 2 September.

“To be recognised as an industry leader is quite gratifying,” she said. “It’s great to receive recognition for my work in biotechnology, as it’s a field I’m so passionate about.

“Attending the WiT Awards as a finalist will be a chance to expose my work to a range of different people involved in the industry and make the most of those developments.”

Dr Macdonald recently returned from an Australian Government-organised research mission to Brazil to investigate Zika and other diseases, and last year received a Bill & Melinda Gates Foundation grant to develop a world-first rapid test kit for pathogens in mosquitoes.

She said the WiT Awards were a fantastic way to highlight the achievements of women in a field that was traditionally dominated by men.

The winners of the WiT Awards will be announced at a black tie dinner event on Friday 2 September at the RNA Showgrounds in Brisbane. 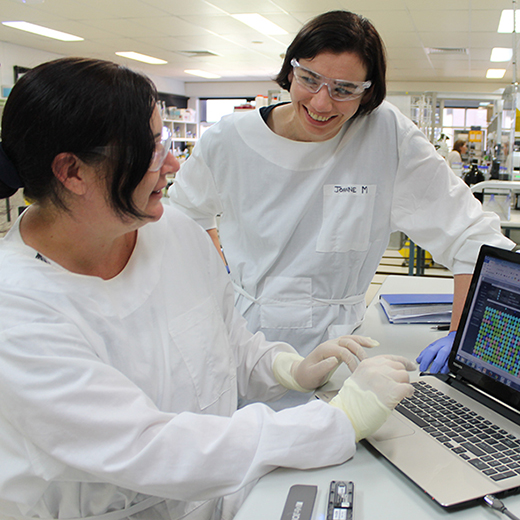