The University of the Sunshine Coast has appointed a well-known Indigenous artist, dancer and sporting identity to encourage Aboriginal and Torres Strait Islander people from Gympie and the Fraser Coast to aspire to university.

Mr Raveneau said he hoped his wide experience and background would inspire prospective students of all ages.

“My new position at USC is about encouraging Indigenous people to believe in themselves,” said the former youth worker and Indigenous sport and recreational officer.

“All they have to do is get in and have a go, and in doing so they become good role models for their peers, their own families and their community.”

As a young man, Mr Raveneau spent five years in Sydney dancing with the Aboriginal Islander Dance Theatre, which raised the international profile of Aboriginal dance.

Moving to Hervey Bay, he established a career as an innovative Indigenous artist by fusing traditional techniques and colours with contemporary 3D effects. His artwork has sold across the world and been exhibited in regional galleries.

Mr Raveneau is one of the Fraser Coast’s highest ranked rugby league referees and plays cricket for the Hervey Bay Cricket Association.

His long list of community involvement includes being a member of the Fraser Coast NAIDOC Committee, running Indigenous art workshops and volunteering weekly at the Hervey Bay soup kitchen.

He said he aimed to strengthen USC’s relationships with prospective and current students, community groups and businesses in Gympie and the Fraser Coast.

“My work involves showing prospective students the pathways to tertiary education, helping them access available support and linking them with mentors at USC,” he said.

“He has achieved at a high level as a dancer, artist, sportsman and youth worker and he epitomises the power of self-belief and giving it your best shot,” Dr Wheeler said. 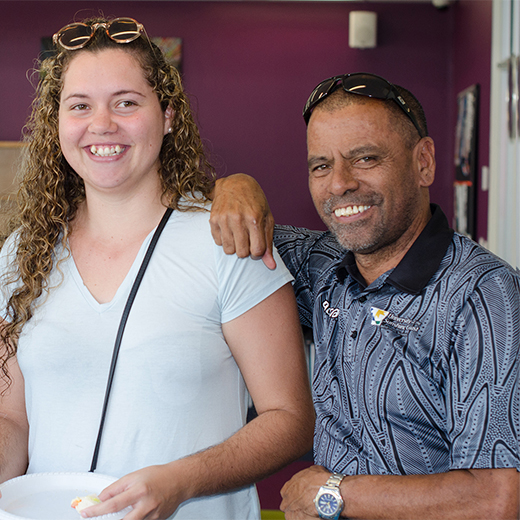