New Year’s Day will signal the start of an exciting adventure for University of the Sunshine Coast student Jordyn Archer of Buddina, who will spend the next six months studying in the bustling Indonesian city of Bandung.

Jordyn, 25, recently received a prestigious $6,000 New Colombo Plan Mobility Grant and will use it to study International Relations and the Bahasa language at Parahyangan University.

The New Colombo Plan, funded by the Department of Foreign Affairs and Trade (DFAT), supports Australian undergraduate students to live, study and undertake internships in the Indo-Pacific region.

Jordyn, who is the final year of an International Studies degree at USC, said she hoped the immersive experience in Bandung would help her become fluent in Bahasa, which she has studied as part of her degree.

“I did a six-week intensive language course in Indonesia at the start of this year, and I fell in love with the people and the country,” she said.

“I’m really interested in disaster relief and humanitarian aid, so I’ve chosen a few subjects, like conflict resolution and foreign policy analysis, that link to those fields.

“I’m a little nervous, but mostly excited. I think the experience will open up a lot of opportunities and give me cultural insights that will be useful for my career in the long term.”

After spending a semester in Bandung, Jordyn will undertake an internship with the Red Cross in Nepal, where she will assist a research project on the relief efforts that followed the destructive 2015 earthquake.

Jordyn, who attended Caloundra Christian College and now works at USC’s International Development office, said she was excited by the opportunity to work with the highly regarded international charity.

“I’ll be helping to assess the Red Cross’s response to the damage caused by the earthquake, and how successful they were at integrating women into that process,” she said.

“After graduating, I’d like to work in aid distribution, with an organisation like the Red Cross or DFAT, so I was very happy to be accepted as an intern.

“Eventually, I’d like to run my own organisation that matches professionals to work in countries recovering from natural disasters, whether that’s doctors, nurses, or engineers.” 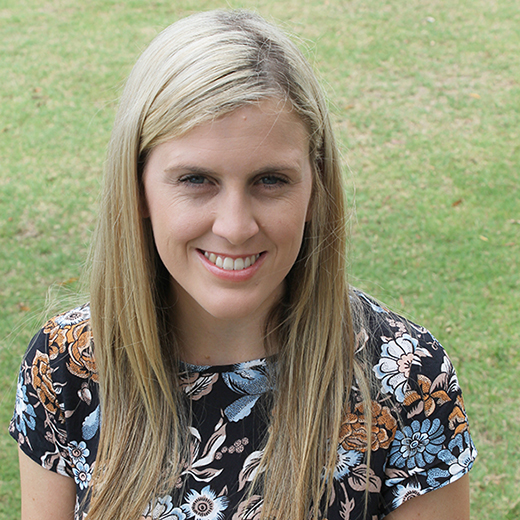