After studying at TAFE and a big Brisbane university, Oakhurst 20-year-old Paul Hoggard is ready to balance the books with an accounting career closer to home.

Paul will start a Bachelor of Commerce (Accounting) at the University of the Sunshine Coast’s Fraser Coast campus when Semester 1 begins on Monday 29 February.

More than 300 Fraser Coast residents are expected to enrol in USC degrees this semester, including at its newly-established campus at Hervey Bay.

Paul graduated from Aldridge State High School in 2012 after achieving consistent A grades, helping the chess club compete in the state championships in Brisbane, and winning awards for his piano performances at the annual Maryborough Eisteddfod.

“I chose USC because the Hervey Bay campus offered the course I wanted,” he said.

“I want to become an accountant because I believe it is a career that will have employment opportunities in the Maryborough region. And knowing how to manage one’s finances better can’t be a bad thing!”

Semester 1, 2016, will get underway at USC Fraser Coast on Monday 29 February.

Students from the region are encouraged to attend the Orientation to USC Fraser Coast on Friday 19 February, as well as Welcome Week at the Sippy Downs campus on 23-26 February.

The Orientation to USC Fraser Coast will be held from 9am to 5pm and will include official presentations, orientation activities and tours, workshops and information on degrees, library use, IT, student mentoring and other services.

Lunchtime musical entertainment will provide another opportunity for students to get to know each other and enjoy the USC campus.

For details about studying at USC Fraser Coast, go to www.usc.edu.au/frasercoast 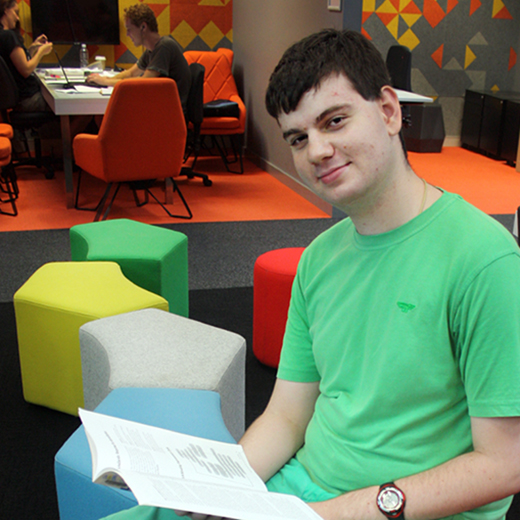