When Hervey Bay’s Catherine Sugget walks on to the University of the Sunshine Coast’s Fraser Coast campus on Monday 29 February, she will be striving to follow in her mum’s footsteps as a nurse.

Catherine, 20, is delighted to gain a place in a Bachelor of Nursing Science at USC Fraser Coast after travelling overseas last year and previously studying primary school teaching with the University of Southern Queensland on the same campus.

More than 300 Fraser Coast residents are expected to enrol in USC degrees this semester, including at its newly-established campus at Hervey Bay.

The Bachelor of Nursing Science is also USC’s most sought-after degree across its multiple campuses in south-east Queensland.

“In 2013 I lived and studied in French-speaking Quebec, Canada, after I was selected by the Rotary Club of Hervey Bay Sunrise for an exchange program,” Catherine said.

“In 2014 and 2015 I was travelling and studying and also an age manager with surf lifesaving, and I became very interested in helping others through nursing, which I’d grown up around.

“I chose USC as it allows me to stay at home while studying.”

Semester 1, 2016, will get underway at USC Fraser Coast on Monday 29 February.

Students from the region are encouraged to attend the USC Fraser Coast Welcome Day on Friday 19 February, as well as Welcome Week at the Sippy Downs campus on 23-26 February.

The USC Fraser Coast Welcome Day, to be held from 9am to 5pm on 19 February, will include official presentations, orientation activities and tours, workshops and information on degrees, library use, IT, student mentoring and other services.

Lunchtime musical entertainment will provide another opportunity for students to get to know each other and enjoy the USC campus. 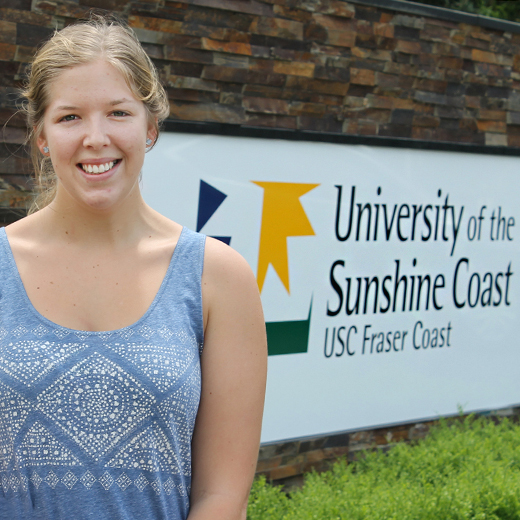