Couple sign up for university study at Gympie - University of the Sunshine Coast, Queensland, Australia

2016 is shaping up as a big year for one Gympie household, with married couple Dean and Kerri Santos accepting offers to study locally at the University of the Sunshine Coast.

Dean, 33, has signed up for a Bachelor of Social Science (Psychology) after a 10-year career in the information technology sector, while Kerri, 35, will begin a Bachelor of Nursing Science.

The Southside husband and wife, who have a three-year-old son, decided the time was right to pursue new career paths after moving to Gympie from Sydney in 2015.

Kerri has been caring for her mother in recent years but said she had aspired to work as a nurse since childhood.

“When I was little, I knew I wanted to be a mum or a nurse,” she said. “I thought, well, I’ve done one of those, maybe it’s time to take on the other and start a nursing degree.

“When Dean said he wanted to take up a new degree as well, I decided it was a good opportunity to do this together and support each other while we study.

“We have a three-year-old, so having a campus 10 minutes away and being able to study my degree at Gympie for the entire three years of the course counts for a lot.”

Dean said a career change had been on his mind for several years, with his interest in psychology sparked by working in customer service roles in the IT industry.

“I would be talking to a person and trying to understand them a bit better, and I started to realise that the way people think is pretty fascinating,” he said. “Changing careers is a bit daunting, but I’m taking on this new path with a lot of determination and enthusiasm.

“I think studying at the same time as Kerri will be really helpful. We’ll be able to help motivate each other, and we’ll each have an understanding of what the other is going through in the learning process.

Dean will study the first year of his Psychology degree in Gympie before completing the final two years at USC’s Sippy Downs campus.

USC Gympie’s Orientation Day will be held on Thursday 18 February from 10am to 3.30pm. More information is available at www.usc.edu.au/gympie. 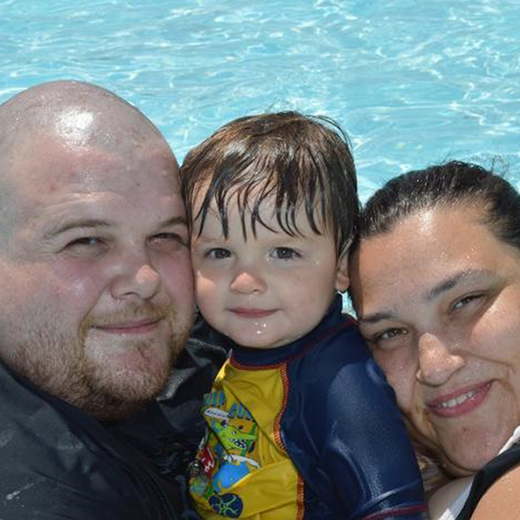