A leading academic and medical specialist involved in world-renowned research and clinical practice has moved from Sydney to the University of the Sunshine Coast to lead its new multi-million-dollar facility focused on preventing, treating and curing mental illnesses.

The three-storey Innovation Parkway building, purchased by USC in 2015 after a generous donation by philanthropists Roy and Nola Thompson, is now being fitted out as a hub for world-class mental health research, teaching and clinical services.

Professor Lagopoulos, who has 20 years of experience as an intraoperative neurophysiologist, was the Director of Clinical Imaging at the University of Sydney’s Brain and Mind Research Institute for the past five years.

His work on illnesses such as bipolar disorder has been featured extensively in media including TIME magazine and ABC TV’s science program Catalyst.

The keen mountaineer and sailor said the USC role was so exciting it prompted him to move to the Coast – his first visit to the region – and he was delighted at the welcome he had received from the community and the beauty of the environment.

He said the Thompson Institute would address key mental health issues in the community, from youth suicide prevention to brain ageing and dementia, and including mood disorders, depression, autism, dyslexia, and post-traumatic stress disorder.

“This is a tremendous opportunity to implement a model of CARE, which stands for Clinics, Advocacy, Research and Education,” he said.

“Our clinics will provide services based on latest evidence. We will advocate for the wellbeing of vulnerable people, including those with mental health issues and their carers. Our research investigations will be world class and aimed at translating into clinical interventions. And we will be educating the next generation of brain scientists and specialist doctors.”

Professor Lagopoulos, whose pioneering techniques in the use of MRI (magnetic resonance imaging) on brains have brought science closer to finding the cause of schizophrenia, will be continuing his own team’s research on neuroimaging.

“It’s fantastic to think that work to be conducted at the Thompson Institute and USC will be part of the ongoing collaborations we have with Ivy League universities such as Harvard and Yale in the United States,” he said.

“Thompson Institute research programs will use cutting-edge translational brain imaging techniques, which will allow us to investigate brain structure, function and neurochemistry in disease, as well as health.”

The institute has in place a board chaired by former Air Chief Marshal Sir Angus Houston AK, AFC (Ret’d) and including Professor Max Bennett AO of the University of Sydney and Adjunct Professor John Mendoza of ConNetica Consulting.

Professor Lagopoulos said his position would oversee the clinical and research operations. “I see us working very closely with the new Sunshine Coast University Hospital (being built at nearby Kawana).” 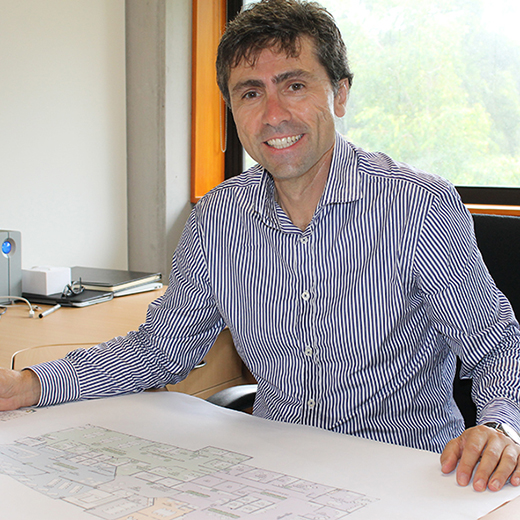