OP1 student has medicine on her mind - University of the Sunshine Coast, Queensland, Australia

OP1 student has medicine on her mind

Chancellor State College OP1 graduate Annabel Webber has enrolled at the University of the Sunshine Coast as the starting point for a career as a surgeon.

Annabel, 18, of Buderim, is keen to play an active role in boosting people’s health and she views USC’s Bachelor of Biomedical Science as a great pathway into medicine.

“A few years ago, I watched a video of a young boy waking up and speaking to his father after having heart transplant surgery,” she said.

“That really touched me and I just thought: ‘what could be more rewarding as a career than to help someone in that way?’

“Biomedical Science at USC seemed like the perfect entry point to medicine, opening those doors into anatomy and physiology.”

Annabel will be among thousands of students starting degrees at USC this semester and is keen to make the step up to studying at a university level.

“I’m looking forward to really getting involved in all aspects of university life and to meet some people who share the same kind of same passions and ambitions,” she said.

“Being able to go to uni locally means I’ll be able to stay living at home and keep up with my networks of family and friends.”

Annabel proved her scientific skills at USC’s Science Research Awards for school students last year, where she won the 2015 People’s Choice Award for her project that explained how sugars are metabolised.

Orientation to USC will be held at USC’s Sippy Downs campus from Tuesday 23 to Thursday 25 February before classes begin on Monday 29 February. For more information, visit www.usc.edu.au/orientation. 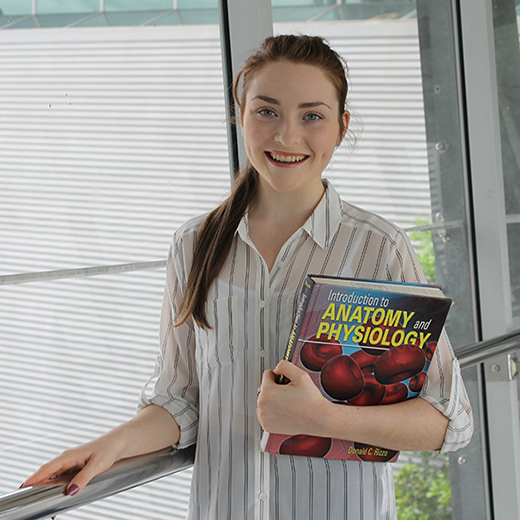