University of the Sunshine Coast student Jordan Andrews will fly to Melbourne tomorrow, Friday 12 February, for a $100,000 chance to kickstart the commercialisation of his award-winning design of a rainfall app for mobile phones.

Mr Andrews is now a finalist to pitch the idea at PauseFest, a leading Australian creative technology conference (8-14 Feb).

His research won top spot at Engineers Australia’s 2015 Queensland Water Panel Michael Woodhouse Undergraduate Awards after he analysed digital audio recordings of rain to determine the intensity of the showers.

“I’m so excited to be selected for the Clemenger BBDO Creative Incubator opportunity at PauseFest,” he said.

“They’re offering a digital innovation prize of $100,000 worth of services for budding tech entrepreneurs and I’ll be competing against people with great ideas from all over Australia. I believe there are 40 finalists from thousands of applications.

“I’ll have five minutes to privately pitch the idea to a panel of industry leaders.”

“It’s very pleasing to see the development of this idea,” she said. “This is another indication of the standard of USC’s Engineering program, with several students now the recipients of significant awards from a range of professional bodies.”

Mr Andrews said it had the potential to be used by people across Australia to measure rainfall intensities and locations, then upload the data to the internet. This would create longer-term and more widespread records to contribute to understanding of the spatial distribution of rainfall. 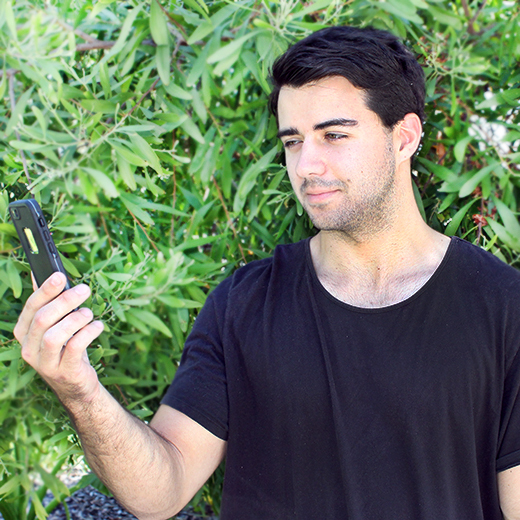