The duo are taking on Triple J Breakfast hosts Matt Okine and Alex Dyson in series of crazy Orientation Week challenges at university campuses across Australia this week in what has been dubbed the “O-Mazing Race”.

Students have been encouraged to join in the fun at USC’s Uni Club from 11am.

The “O-Mazing Race” challenge is expected to begin at 11.30am. Triple J Drive will then broadcast live from ABC Coast FM’s studios at Maroochydore from 3pm.

Orientation to USC will move into its final day tomorrow. It will be a Student Guild Day with a clubs and societies fair at the Uni Club, a free breakfast from 9am and live music from 2.30pm.

Quidditch teams will compete from 5.30pm before the Student Guild stages an evening barbecue and Welcome Party.

More than 4,500 new students are taking part in Orientation Week activities at USC ahead of the start of Semester 1 on Monday 29 February. 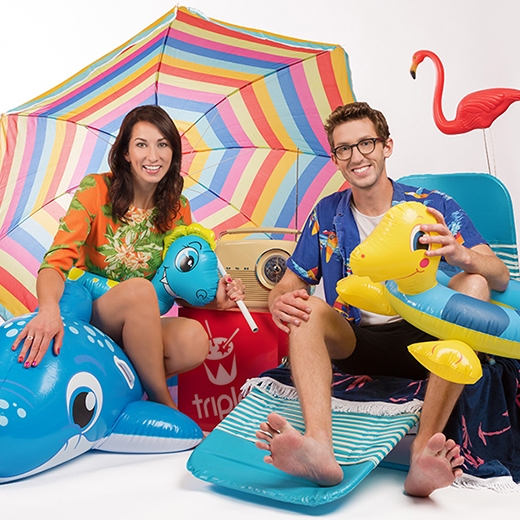