Farming giant clams, sea cucumbers and clownfish could be a game-changer for the livelihoods of some Pacific Islanders, a University of the Sunshine Coast researcher says.

The project will be based at the PNG National Fisheries Authority’s Mariculture Research Facility in the small town of Kavieng, where locals and PNG Fisheries staff will be trained in sustainably culturing marine species for potential export to Australian and Asian markets.

Professor Southgate said while clownfish and giant clams were highly regarded as ornamental species in the Australian aquarium trade, the sea cucumbers were sought after for an entirely different purpose.

“Sea cucumbers are quite strange-looking animals – but they are in high demand in south-east Asia for their perceived medicinal properties,” he said. “Dried sea cucumber or ‘beche-de mer’ sells for about $200 per kilogram.

“Part of this project is about developing appropriate culture methods and training Papua New Guinean people in mariculture, and part of it will look at developing potential export opportunities for mariculture products.

“Culturing these species could make a substantial difference to the livelihoods of people within these communities, which right now rely upon very low level subsistence farming.”

In 2009, the PNG Government introduced a moratorium on the sea cucumber fisheries industry because of overfishing. Many coastal communities throughout PNG lost a major source of their income as a result.

Beyond the economic benefits created for the PNG communities involved, Professor Southgate said the project could create stronger trade links with Australian companies.

“There are also some clear benefits for environmental sustainability, because the locals culture these animals rather than taking them from the wild.”

The project has been approved to start this month. 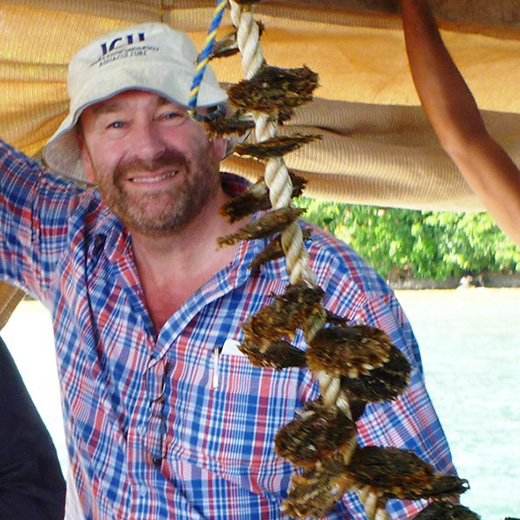