A Mudjimba 18-year-old studying Nursing Science and Midwifery at the University of the Sunshine Coast to follow her dream of helping people in Cambodia has won her category of the Pearson Student of the Year Awards.

Rubie Orman, a former OP2 student and Maroochydore State High School captain, won the $1,000 award from the global educational company for demonstrating outstanding effort, dedication and academic achievement in the field of nursing and allied health.

Ms Orman, who is studying a Bachelor of Nursing Science/Bachelor of Midwifery, said her desire to make an impact in the field stemmed from her travel to Cambodia in 2013.

“I stayed in SCD Orphanage with more than 100 Cambodian children and heard stories of single mothers whose husbands had been killed by diseases or mothers who died giving birth,” she said.

“I now have some of the most amazing friends in Cambodia, who I go to see annually. This friendship has driven me to study this double degree, where the end goal is to travel back to Cambodia and help those far less fortunate than myself.

“I’m loving the direction my degree is taking me in and I have found a passion for the health industry. I know studying is the best thing I can do to help my friends overseas.”

A Pearson spokesperson congratulated USC on its outstanding ambassador, who was nominated for the award by Lecturer Sam Edwards. Rubie’s short video can be found at https://www.youtube.com/watch?v=rMkbJK1Mr9o&feature=youtu.be

The prestigious award attracted a huge number of applications nationwide and the winner was selected by a panel from academia and industry.

Dr Victoria Pitt from the University of Newcastle, who helped judge the award, said: “I was highly impressed by Rubie’s insight and determination to work toward a goal that has the potential to impact on not only an individual but to change future generations.”

In 2014 Ms Orman won the Schultz Toomey O’Brien Lawyers Young Achievers of the Year Award for her humanitarian aid efforts in Cambodia over two years. 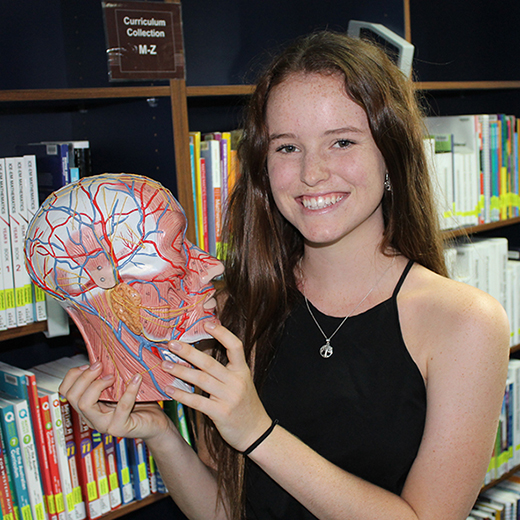