Business student in the swim for Rio Olympics - University of the Sunshine Coast, Queensland, Australia

Business student in the swim for Rio Olympics

University of the Sunshine Coast Business student Chelsea Gubecka will swap flowcharts for maps of ocean currents as she prepares to represent Australia at the Olympic Games in Rio de Janeiro.

The 17-year-old from Mooloolaba will compete in the 10km open water swim in Rio, after gaining selection at the FINA Open Water event in Portugal last month.

Chelsea will be only the second woman to represent Australia in the event, also known as marathon swimming, to be held this year off the famous Copacabana beach.

Having first represented Australia in open water swimming when she was 14 years old, Chelsea said her selection in the Olympic team had been a long-held dream.

“It’s daunting to be racing against girls almost twice my age, but being Mooloolaba-born and bred and so used to ocean swimming gives me an advantage,” the former competitor for Maroochydore, Kawana and Dicky Beach lifesaving clubs said.

“As long as my training goes to plan, I think I’ve got a good chance of doing something really special in Rio.”

Chelsea enrolled in a Bachelor of Business (Management) this year after graduating from Kawana Waters State College, and now balances her studies with 80-100km of swimming each week, as well as intensive gym and pilates training.

She said the 10km open water event was as much a mental challenge as physical, requiring close to two hours of concentration.

“At the Olympic level, every competitor is fit. Everyone’s done the work in the water, so it’s about having a strong race plan,” she said.

It was this aptitude for strategic thinking that led Chelsea to choose a Business degree at USC.

“I think there’s a major tactical element in both sport and in business,” she said. “In some ways competing at a high level is almost like managing yourself, so it felt like a natural field to pursue.

“Studying at USC is fantastic because it gives me a focus outside of the pool, so I’m not constantly fixated on training.

“It’s about finding the right balance, and I think I’ll be doing some study before my event in Rio. I’ve had a lot of support from my lecturers, as well as the USC Sport team.”

Chelsea will fly to Brazil on 1 August, with the women’s open water swim taking place on the morning of 15 August.

Meanwhile, 10 USC Spartans swimmers will compete at the Rio Olympics and Paralympics, while USC student Kyle Bridgwood will represent Australia in para-cycling. 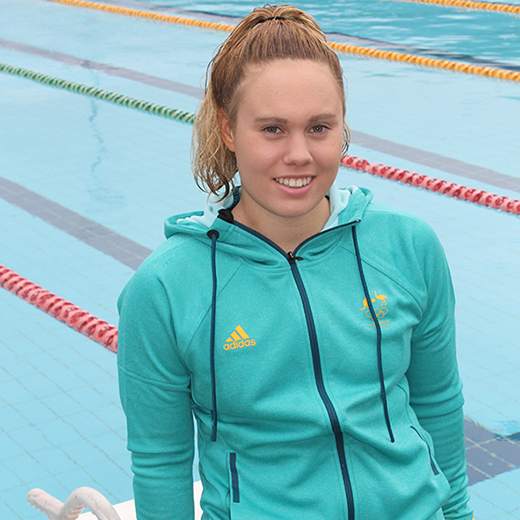