Battling breast cancer twice in less than five years was a key motivating factor for mother of three Megan Grisman to take the first steps towards gaining a combined degree in Nursing Science and Midwifery at the University of the Sunshine Coast.

“Going through cancer changes you – it changes your outlook on life,” said Megan, 37, who was first diagnosed with breast cancer aged 28 years, when her three boys were all under the age of 6.

After coming through a gruelling round of treatment following a second cancer diagnosis just over four years later, Megan said she was determined to study midwifery at USC.

“I refuse to let the cancer get to me and I have risen above stronger and more determined than ever to live life to the max, as well as making a commitment to helping in any way that I can to help beat this ghastly disease,” she said.

“I’ve always felt a connection to babies, and everyone kept encouraging me and telling me I would make a good nurse and midwife,” she said.

“I gave myself all these excuses as to why I couldn’t go to university, then finally I decided to listen to my family and friends and made the decision to go for it.”

Megan is now one of the faces of a major fundraising and awareness campaign for the National Breast Cancer Foundation and the Australian Institute for Bioengineering and Nanotechnology.

She has been photographed locally at Mudjimba Beach for a calendar, released this month, which features young women from across Australia who were diagnosed with breast cancer before they were 40 years of age. Information about Megan’s story can be found at www.sobrave.com.au/megan/

“By telling our stories we are raising awareness for the fact that breast cancer does not discriminate,” she said.

“Despite all that we have had to endure we have come out the other side, and for me this calendar also is a celebration of that.

“Thankfully now, since my last diagnosis, I am fighting fit and this year I want to give back to the research community that helped me and is making the life-saving advances that will save many more like me in the future.”

The University of the Sunshine Coast will hold its annual Imaginarium and Open Day at its Sippy Downs campus on Sunday 7 August from 10am to 2pm.

This combined community celebration and open day event is designed to spark the imaginations of children and adults alike, and provide prospective students with all they need to know about starting university study. 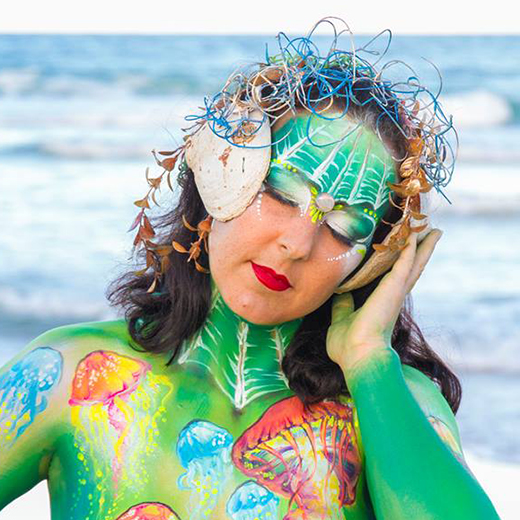