The University of the Sunshine Coast Spartans have stormed home at the Northern Unigames, winning three gold, one silver and three bronze medals on home soil.

On Wednesday, USC surfer Sophie McCulloch snared gold at the women’s shortboard event at Coolum, showing the same form that recently earned her the Australian Under 18 title and first place at the Los Cabos Open junior championship in Mexico.

After progressing through the pool stages undefeated, USC’s men’s futsal side was beaten 3-0 by Bond University in the grand final and claimed silver, while bronze medals went to USC’s women’s volleyball and women’s hockey teams.

Today was the final day of competition in the multisport tournament, which saw 2,000 students from around Queensland and northern NSW compete in 17 sports at USC’s Sippy Downs campus and other venues across the Coast.

Final results for the tournament’s overall winners are still being determined, with some matches continuing this evening.

USC Sport manager Nathan Gordon said USC’s medal haul was a testament to the talent and team spirit within the Spartans’ 160-strong contingent.

“We saw some really strong individual and team performances over the four days,” he said.
“The atmosphere within the team has been incredibly positive and helping to host the event just added to that.

“Being involved in the Northern Unigames is something that really adds to our students’ overall university experience, and it’s a real highlight of the calendar for our student athletes.” 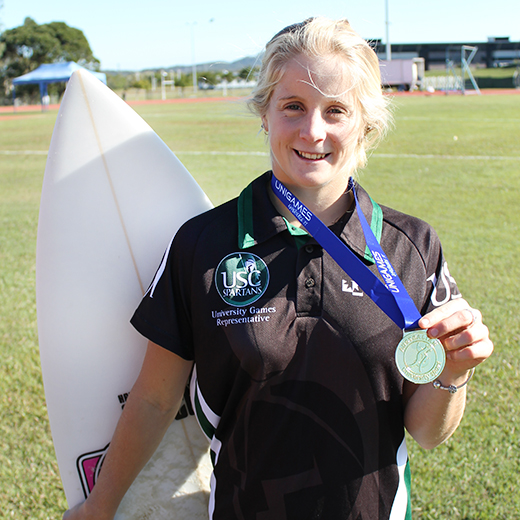