University of the Sunshine Coast graduate Kate Jones has embarked on an exciting adventure working as a midwife in remote communities in the Torres Strait and Cape York Peninsula.

Kate was among the first students to enrol in USC’s combined Nursing Science and Midwifery degree in 2013, and accepted a position with the Torres Strait and Cape Hospital and Health Service after graduating earlier this year.

Her graduate midwifery role includes outreach visits to Bamaga at the tip of Cape York, more than 1000km north of Cairns, and rotations on Thursday Island in the Torres Strait, Townsville and Cooktown.

“The experiences and opportunities that I am encountering through my graduate program are invaluable,” Kate said.

“There is a great sense of fulfilment in practising as a registered midwife after having worked so hard to achieve this dream,” she said. “The midwives and women I’m learning from are inspiring.”

Kate said the support from the midwifery educators and facilitators at USC and her involvement in the University’s innovative Connect program, which pairs expectant mothers with student midwives, prepared her well for her current position.

“The dual degree facilitated further development of my passion for midwifery with the Connect program providing me with first-hand experiences of continuity of care, which has influenced the direction I hope for my career to follow,” she said.

Kate chose to transfer to USC because of the introduction of its dual degree in Nursing Science and Midwifery, which allowed her pursue her ambition to become a midwife.

“Studying at a smaller university provided a more personalised learning environment, and I am grateful to have been taught by such passionate and supportive midwives. The coastal change from the city was also a bonus,” she said. 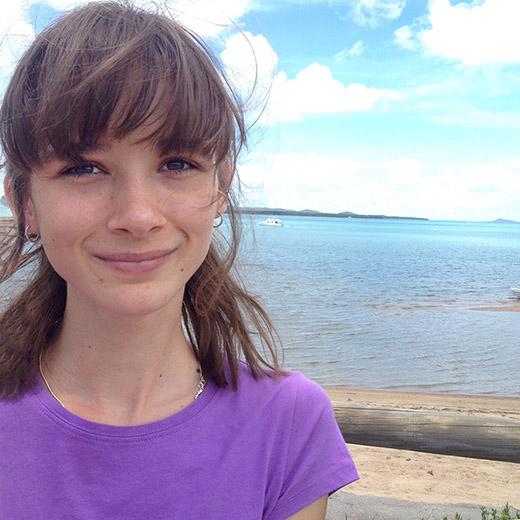