Alexandra Headland surfer Sophie McCulloch believes her study of biomedical science at the University of the Sunshine Coast will give her an edge when she competes at the Supergirl Pro in California this weekend.

Sophie, 17, is excited to be competing against elite surfers from around the world at the event at the scenic Oceanside beach, 130km south of Los Angeles, from 24-26 July.

The Siena Catholic College graduate started a combined degree in Science and Business at USC this year, and says her major in biomedical science had given her plenty of food for thought in training for surfing events.

“Biomedical science is all about learning about the human body and how it works, so that’s really advanced my discussions with my coach about movement and technique,” she said.

“Studying science is also really helpful when it comes to recovering from an injury. The more I understand it, the more I can do to fix it.

“There can be a lot of pressure leading up to a big competition, so it’s also good to keep my mind on other things like study.”

The current Australian under 18 champion recently won the junior title at the Los Cabos Open of Surf in Mexico, before returning home to win gold in the shortboard event of the Northern Unigames on the Sunshine Coast earlier this month.

USC will hold its annual Imaginarium and Open Day at its Sippy Downs campus on Sunday 7 August from 10am to 2pm. The event will have a super hero theme. 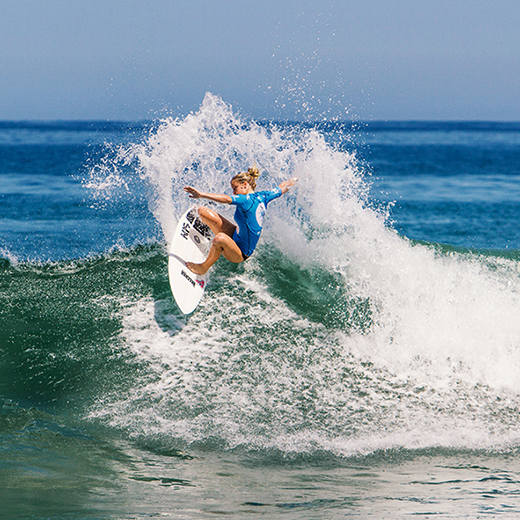