University of the Sunshine Coast student Emma Sykes has returned to the Coast after representing Australia at the World University Championships for rugby sevens in Swansea, Wales, during her semester break.

The 18-year-old Sports Studies student from Sippy Downs was one of two USC players selected in the first-ever Australian Uniroos women’s rugby sevens team that was coached by Sunshine Coast local Tim Murray.

Bachelor of Sport and Exercise Science student Erica Fowler, 24, was named in the squad but was unable to compete due to a shoulder injury.

Despite some close results in their pool matches, including a 12-all draw against Portugal and a 14-12 loss to Spain, the Australian team finished last of 10 teams.

But that hasn’t dampened the spirits of the Chancellor State College graduate, who scored an impressive try in the match against Spain and revelled in the exciting atmosphere of the event.

“The Australian team was a really young side up against some tough opponents, but we still had some good performances,” Emma said.

“And when we weren’t training or playing in Swansea, we were mixing with other students from around Europe, North America and Asia.”

Emma, who has also represented Australia in touch football and OzTag, is now looking forward to playing in a Trans-Tasman touch football tournament and the National Rugby Sevens Championships in the months ahead.

She said she had enrolled in USC’s new Bachelor of Sports Studies this year to turn her love for sport into a career.

“I’ve always been passionate about sport and it would be incredible to work in the field every day,” she said.

“I’m not sure exactly what area I want to end up in yet, but I’m really enjoying learning about how the whole industry works.”

USC will hold its annual Imaginarium and Open Day at its Sippy Downs campus on Sunday 7 August from 10am to 2pm. For more details go to www.usc.edu.au/imaginarium/ 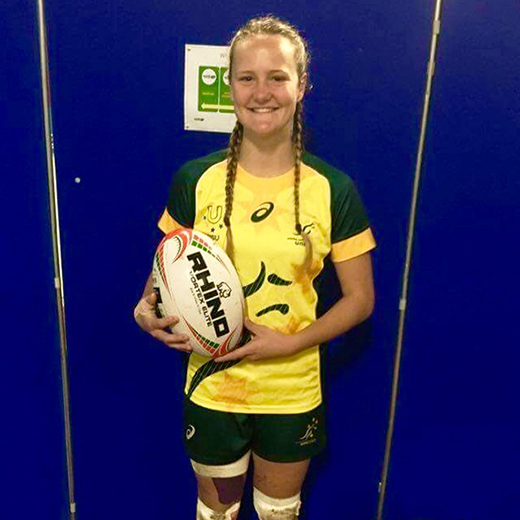 A former Paralympic wheelchair basketballer who helped Brisbane bid for the 2032 Olympic and Paralympic Games is eagerly awaiting news on the decision from Tokyo.