University of the Sunshine Coast futsal teams have dominated competition at the Northern Unigames this week and head into tomorrow’s (Thursday 7 July) finals as favourites.

Both USC’s men’s and women’s futsal teams have remained undefeated all week and will compete for gold against Bond University at 1.30pm and Griffith University Gold Coast at 2.10pm respectively at the Caloundra Indoor Sports stadium.

The Spartans have already tasted victory in the tournament, with surfer Sophie McCulloch winning the women’s shortboard event at Mudjimba Beach today.

Lachlan Gibson has led the men’s golf tournament, which will go into its fourth and final round tomorrow.

Other USC teams competing in finals tomorrow (Thursday 7 July) are:

9am – Women’s volleyball semi-final, USC v QUT at Caloundra Indoor Sports for place in gold or bronze medal matches, both to be played at 1pm.

10am – Women’s netball, USC v QUT at Caloundra Indoor Sports to contest a place in the fifth-place playoff at 1pm.

11am – Mixed netball, USC v Griffith University Gold Coast at Caloundra Indoor Sports to progress through to the playoffs.

11am – Women’s hockey semi-final against University of Queensland at Ballinger Park, for a place in final at 3.15pm or bronze medal match at 2pm. 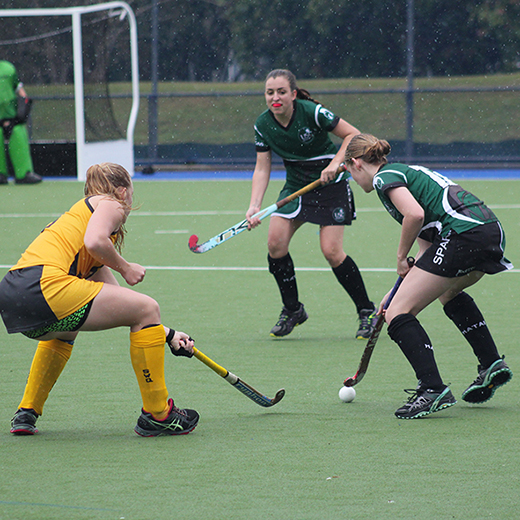