USC wins Spirit of the Games award at Unigames - University of the Sunshine Coast, Queensland, Australia

USC wins Spirit of the Games award at Unigames

The University of the Sunshine Coast Spartans have finished this week’s Northern University Games on a high, taking out the Spirit of the Games award for sportsmanship.

The shield is one of the tournament’s three major awards and is presented to the team that best displays team spirit, fairness in competition and exemplary behaviour throughout the event.

Queensland University of Technology was the overall champion of the event, while the Population Cup for per capita rankings went to the University of New England.

More than 2,000 students participated in this year’s Northern Unigames, which was held at venues across the Sunshine Coast from Sunday to Thursday. The tournament was by Australian University Sport with support from USC, Sunshine Coast Council and Visit Sunshine Coast.

The Spartans finished fourth out of 11 teams, winning gold medals in women’s futsal, surfing and golf, silver in men’s futsal, and bronze in golf, volleyball and hockey.

“We had some really competitive matches at the Unigames, but there was always a really positive atmosphere between USC and our opponents,” he said.

“The bond in the Spartans grew stronger and stronger as the week went on and everyone was great about cheering on their team mates who were participating in different sports.

“We’ve wanted to win the Spirit of the Games for a few years now, so I was really proud to be presented with the shield on behalf of the whole team.”

Yoel said he hoped to follow up the Spartan’s Northern Unigames success with a strong USC representation at the Australian Unigames in Perth in September. 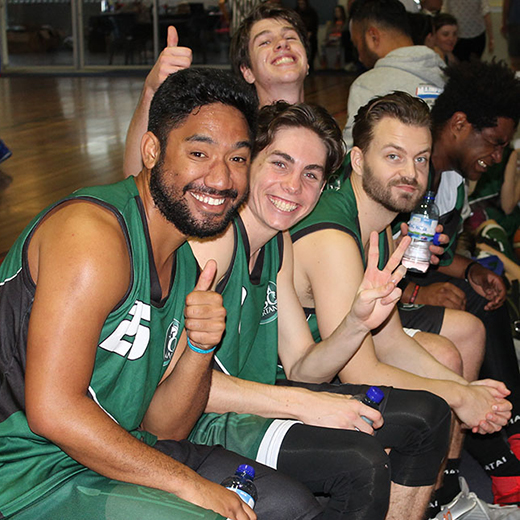