Academic calls for some rough play at school - University of the Sunshine Coast, Queensland, Australia

Schools that allow rough play could improve the way young boys learn and behave in classrooms, according to a University of Sunshine Coast academic.

USC Associate Lecturer in Early Childhood Education Dr Jennifer Hart will outline the benefits of playful aggression for young children at free twilight seminars for teachers and education students on the Sunshine Coast on Wednesday 8 June and Gympie on Tuesday 14 June.

“This includes deficits in skills such as developing concepts of right and wrong, cooperation and conflict resolution, physical restraint and coordination.”

The seminar, ‘That’s too rough: lifting the ban on young boy’s sociodramatic play interests’, is being provided for educators from schools across the region that have provided placements for USC’s pre-service teachers.

Dr Hart said the policies that prohibited rough play were not grounded in research.

“Two decades of research demonstrates playful aggression within early childhood programs is beneficial, yet it is typically discouraged by parents and teachers because it is interpreted to be inappropriate or dangerous,” she said.

The seminar will provide practical strategies for supporting rough play in indoor and outdoor educational settings and cover simple techniques to distinguish between playful and serious aggression.

“In aggressive play, the players do not intend to harm one another, either physically or emotionally,” Dr Hart said.

“One key indication of the intent of the play is the facial expression of the children,” she said. “Those who are smiling, laughing and have an open body position are enjoying their experience.” 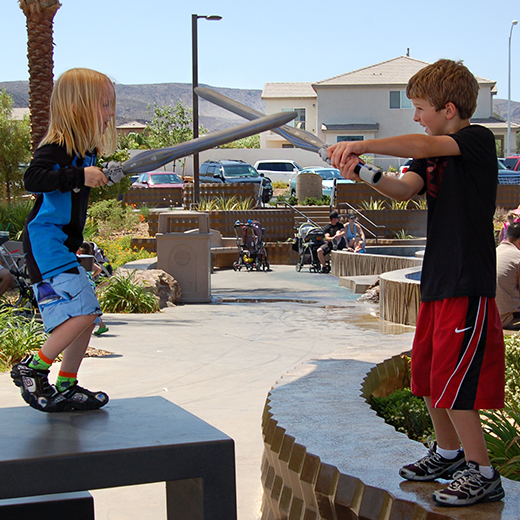 While Australia is facing an impending shortage of schoolteachers, USC looks set to graduate a record number of students from its postgraduate education programs over the next two years.

First-year schoolteachers across the region have been congratulated by USC’s Vice-Chancellor and President Professor Helen Bartlett for their amazing efforts during this challenging year.