Leilani Clarke of Hervey Bay will take to the field as part of the University of the Sunshine Coast’s first team at the Indigenous Unigames in Brisbane next week (26-30 June).

Leilani, 18, will join fellow Fraser Coast student athlete Ashleigh Gould on the USC Spartans Indigenous side that will compete against Aboriginal and Torres Strait Islander students from 22 universities around Australia.

The event, which celebrates Indigenous culture, will see the 10-member USC team line up in mixed-gender matches of touch football, netball, basketball, volleyball and a traditional Indigenous game.

Leilani, who is studying Environmental Science, said she couldn’t wait to start competing in the USC Spartans colours at the Games.

“Sport is massive in the Aboriginal and Torres Strait Islander community,” she said. “I’d heard all about the Indigenous Unigames before I even started uni, so I’m really excited to be part of the first USC team.

“Meeting up with Indigenous students from all over Australia who all share the same goal will be incredible. I think we’ll all be learning from each other’s experiences.

“There’s another student from Fraser Coast on the team too, which is great to see.”

Leilani began studying at USC last year through the Tertiary Preparation Program, before starting a Bachelor of Environmental Science this year.

The first in her family to attend university, Leilani said she was extremely proud to have completed her first semester at USC.

“I’ve wanted to study at uni since I was a little girl, but after I dropped out of year 12 I’d almost given up on that goal,” she said.

“The TPP was the most confidence-building thing I could have done. The staff took so much time to help me with the transition from school into university.

“I’m really passionate about improving the socio-economic status of Indigenous people, and I see Environmental Science as a great pathway to achieving that.” 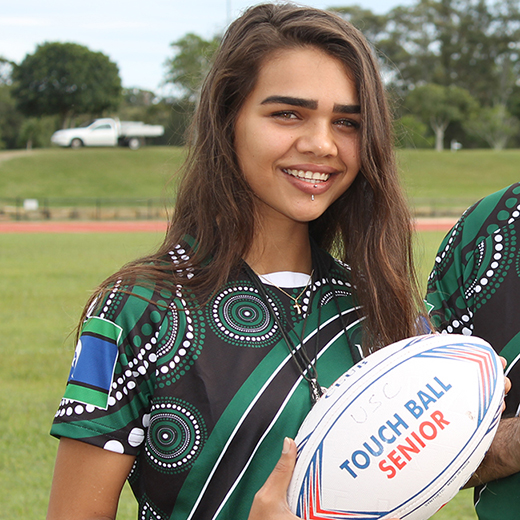