A University of the Sunshine Coast Science student is packing her bags for Europe after receiving a 50,000 Euro ($AUD76,000) scholarship to study in a competitive international Masters program.

Isabelle Russell, 22, was one of just 35 students chosen worldwide for the Erasmus Mundus Master Programme in Evolutionary Biology (MEME), which will see her studying in Sweden, the Netherlands, France and Germany over the next two years.

Isabelle, who grew up in Woodford, will begin her European study experience in August with a summer school at Uppsala University in Sweden.

Now in the final weeks of her Bachelor of Science (Biology and Biotechnology) at USC, Isabelle said she was thrilled to be pursuing her passion for science at the internationally renowned universities.

“It was a pretty rigorous application process,” she said. “It turned out that 180 people applied, and I hadn’t thought I would make it through the first round.

“I was stunned to receive the letter saying that I’d received a 50,000 Euro scholarship that would cover all my tuition, travel and living expenses – I don’t think it sunk in for days that it was actually happening.

“There are other students from around Europe, and I’ve seen that there are students from Brazil, the Philippines, China and Pakistan. I’ve never lived overseas before, but I think it’s going to be a great experience.”

Having completed a special research project at USC’s Centre for Animal Health Innovation as part of her undergraduate degree, Isabelle said she was looking forward to undertaking a research project in microbiology and immunology through MEME.

“I’m interested in bacterial phages, which are viruses that affect bacteria,” she said.

“There’s been some research in using them in combination with antibiotics to combat antibiotic resistance, so I’d like to study which phages work best with different antibiotics.

“I’d like to pursue a career in research, and I think the MEME program will be a great start towards that goal.” 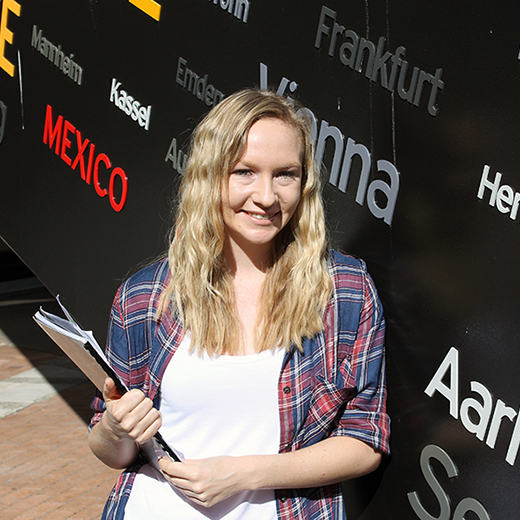