Gympie basketballer MiaRose Bennett will be aiming for gold and a chance for her team to qualify for a national tournament when she represents the University of the Sunshine Coast at the 2016 Northern Unigames next week (3-7 July).

The Games, which will be run by Australian University Sport, is hosted this year by USC in partnership with Visit Sunshine Coast and the Sunshine Coast Council.

Almost 2,000 tertiary students from Queensland and northern NSW will vie for honours in 17 sports at USC’s Sippy Downs campus and at sporting venues across the Sunshine Coast.
Many of the events, including basketball, will serve as qualifiers for the 2016 Australian Unigames to be held in Perth in September.

MiaRose, a second-year Nursing Science student at USC Gympie, is competing in her first Northern Unigames and has travelled regularly to the Sippy Downs campus for training.

“I played basketball while at school, so decided to join because I wanted to be part of the USC Spartans and represent the University,” MiaRose, 22, said.

“I am not sure what to expect. However, I am quite competitive and I am told we are in with a good chance.”

USC Sports and Operations Coordinator Gary Moore commended MiaRose for her dedication to training and wished her team well in the tournament.

“The students competing in the Games are great role models to promote the fitness, health, teamwork and educational benefits that sporting activities at the University provide,” he said. 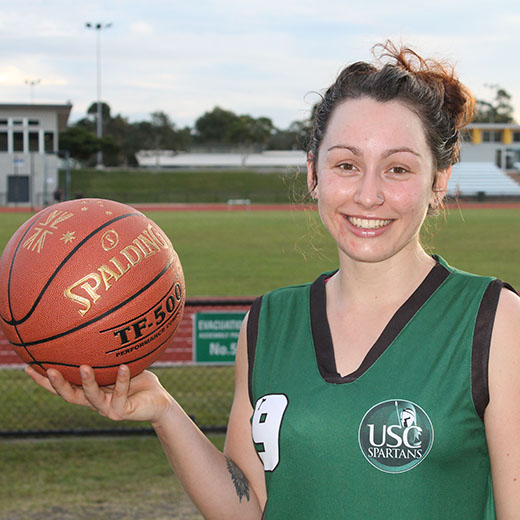