The University of the Sunshine Coast Sportsperson of the Year Kyle Bridgwood has booked his place on the Rio Paralympics paracycling team.

Kyle, who is studying a Bachelor of Primary Education, has his sights set on winning at least one gold medal in Rio, with the road time trial at the top of his list.

Having recently won gold and silver medals at the Para-Cycling Track World Championships in Italy, Kyle said he couldn’t wait to step out on an even bigger sporting stage in September.

“It’s been a lot of work leading up to my selection on the Paralympic team,” he said. “With four events, I’ll be racing pretty consistently over the two weeks of competition.

“I think I’ve definitely got the potential to win a medal, and the next few months will be about focussing on that goal and ramping up my training.

“Doing my degree on top of paracycling makes life pretty busy, but I find that studying keeps me in a good headspace. I’ll be trying to do some uni work while I’m in Rio.”

Kyle, from Buderim, was named the USC Sportsperson of the Year for 2015 for his outstanding results in national and international road racing and time trial events.

The former Australian Army private took up para-cycling just three years ago, after being seriously injured when he was struck head-on by a car in 2011.

Kyle said he would travel to Italy in mid-July to train at altitude before flying to Rio for the Paralympics, which will be held from 7 to 18 September.

“Racing is definitely as much a mental game as it is physical and I’ll be working with a sports psychologist as it gets closer,” he said.

“I think I’ll be pretty nervous, but I’ll have a lot of support from the team staff and my parents, who are coming over to watch me. Aside from the racing, I’m really looking forward to soaking up Brazilian culture. I think that side of the experience will be amazing.” 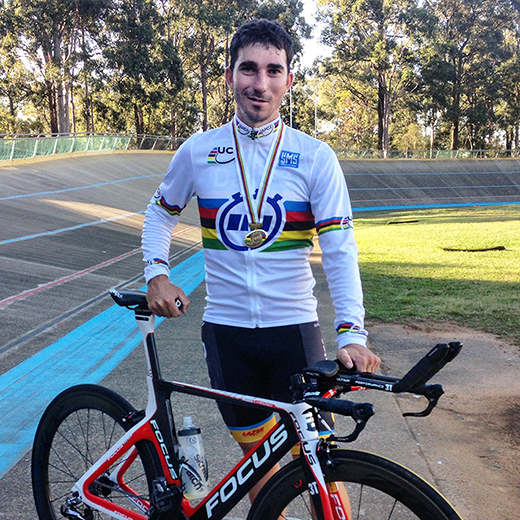