School leaders from across the Fraser Coast will be empowered to inspire and help others through an exciting leadership initiative offered by the University of the Sunshine Coast.

A motivational address by extreme adventurer John Cantor and a demonstration of a stress-busting breathing technique will be highlights of the Year 12 Leadership Day program at USC Fraser Coast on 8 March.

Mr Cantor, who grew up on the Sunshine Coast, has surfed on every continent except Antarctica and his television appearances have included being a stunt double for Bear Grylls.

He will share the important life lessons he learnt from his many adventures, including one across Arctic Alaska, and will discuss the severe anxiety he experienced in the lead-up to his Artic missions.

Now an ambassador for beyondblue, John helps the organisation raise awareness and understanding of anxiety and depression.

Dealing with stress and anxiety is also the focus of program’s second session, during which students will learn a simple breathing technique to help deal with fear, anxiousness and challenges.

The breathing workshop will be run by USC Bachelor of Science graduate and yoga instructor Katherine Tucker, founder of the Breathe Project which promotes breathing as the missing link to feeling good.

A session on team building and an interactive leadership workshop will fill the final session of day. 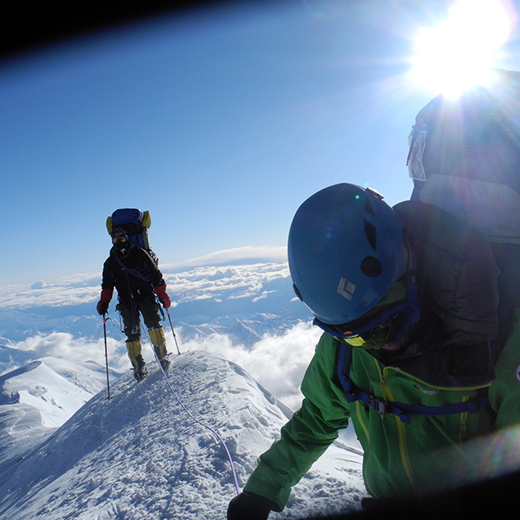