Minds and technology meet in $496,000 study - University of the Sunshine Coast, Queensland, Australia

Two University of the Sunshine Coast academics renowned for their work in neuropsychology and interactive health technology have won a prestigious Australian Government grant worth $496,000 to find new ways to help older people stay in their homes rather than care facilities.

USC’s Associate Professor of Neuropsychology and Mental Health Mathew Summers and Professor of Disruptive Technologies Stuart Smith will use the National Health and Medical Research Council (NHMRC) grant to study frailty in people aged over 65, in conjunction with a larger, global research project.

USC is the only Australian university member of a consortium involving 15 other institutions across Europe, Korea and Japan that are conducting a multi-million-dollar European Commission (EU) Horizon 2020-funded project, “My-AHA: My Active and Healthy Ageing”.

“It is a ‘feather in the cap’ for Associate Professor Mathew Summers and Professor Smith to be invited to participate in an international project of this magnitude and significance,” he said.

Fifty older adults who are residents on the Sunshine Coast will be recruited for the USC study, contributing to overall results that will have worldwide impact as researchers attempt to reduce the problems of ageing populations and skyrocketing health care costs.

Dr Summers, who specialises in assessing disorders of brain function and dementia, said the USC study would start immediately.

He said the first two years would be dedicated to developing the technology, and the final two years of the project would involve a multi-centre, international, randomised controlled trial including local residents.

“The idea is to develop electronic and computerised sensor-based equipment for older people to use in their homes,” said Dr Summers, who joined USC last year as the first academic in its new Sunshine Coast Mind and Neuroscience – Thompson Institute.

“We will use the technology to monitor participants’ health and generate tailored interventions that aim to reduce the physical, social, cognitive and psychological effects of frailty, including factors such falls, depression, social isolation and memory problems.”

Professor Smith, a leading international researcher in telehealth technology, who was involved in a previous EU project addressing technology for ageing, said he would focus on adapting everyday technologies, such as smart phones, sensor devices, mobile platforms and gaming consoles.

“We won’t go too high-tech because we want people to be using these things in their own homes. The technology will be designed to monitor their health and keep them engaged in healthy behaviours over time,” Professor Smith said.

“One example is exercise-based video games, which can encourage older adults to engage in physical and mental activity in the comfort of their homes. Games are a really good vehicle for delivering physical and cognitive interventions.

“If people continue to interact with these technologies, we might be able to identify changes in their health before serious events occur, such as a fall. This would help them remain in their own homes and avoid the expensive end of health care delivery – hospitalisation and aged care facilities.”

The researchers said the multidisciplinary global project involved academic and industry partners, with the ultimate goal of developing a commercially viable home-based, smart computer system to diagnose and rehabilitate people with frailty.

Dr Summers said the Sunshine Coast had the largest proportion of older people in Australia and a shortage of aged care facilities, which made it perfect for the trial.

“Frailty is not an inevitable result of ageing,” he said. “We can do things to reduce its onset and halt or reverse its progression, and thereby reduce the impact of frailty on the individual and community.” 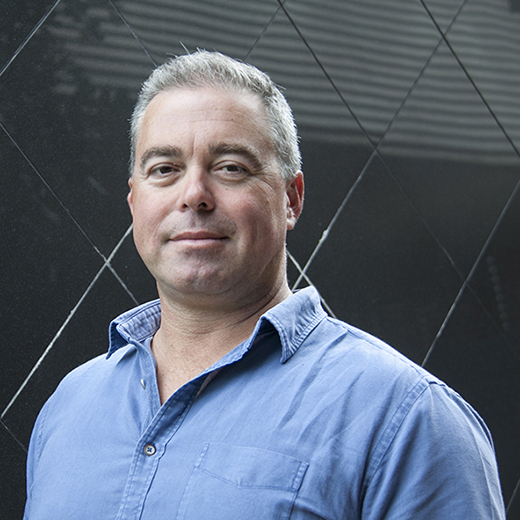