Innovative risk assessment tools developed at the University of the Sunshine Coast have been applied in a galaxy far, far away.

Dr Guy Walker from Edinburgh’s Heriot-Watt University used methods developed at USC’s Centre for Human Factors and Sociotechnical Systems to come up with a list of 21 alternative ways Luke Skywalker could have attacked the Death Star.

Dr Walker said that while the Imperial base was destroyed by proton torpedoes, the solution could have been much quicker and safer had Luke Skywalker used some of USC’s risk analysis tools.

The list included having droid R2-D2 implant a computer virus in the system, depressurising the base’s interior to cause an implosion, and enticing Storm Troopers to defect to the Rebel Alliance.

“One tool known as work domain analysis shows interdependencies between different objects in a system and exposes potential risks,” he said.

“In the Star Wars study, we could use this method to look at the links between objects in the Death Star, and start to see what would happen if we broke an object or removed a part – could it lead to a vulnerability?

“It was great to see the methods we’ve developed being used for such a quirky teaching tool. One of my favourite strategies on the list was to unleash a vermin infestation on the Death Star.”

Dr Walker is currently spending six weeks at USC as part of a collaborative research project with the Centre for Human Factors and Sociotechnical Systems.

He said he had turned to Star Wars as a means of “public outreach” to engineering students.

“It built up over time, just as a small teaching demonstration at first and then, with Paul and my colleagues, we thought why not go the whole hog?,” Dr Walker said.

“The project has been really powerful in demonstrating what human factors can do.” 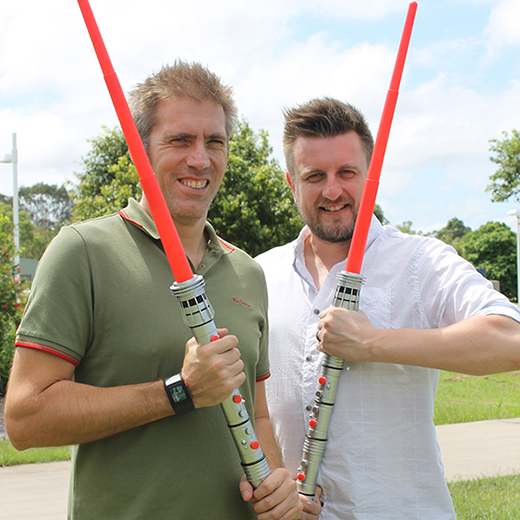