A young scientist who has conducted world-first research into the medical properties of a waxy substance produced by Australian bees has been awarded the University of the Sunshine Coast’s highest honour for a graduating student.

Karina Hamilton, 25, who grew up in Hervey Bay, will receive the prestigious USC Chancellor’s Medal, along with a PhD in Pharmacology, at the USC’s Faculty of Science, Health, Education and Engineering graduation ceremony on Thursday April 7.

The Chancellor’s Medal is presented to a graduating student who has made an outstanding contribution to USC or the wider community while achieving at a high academic level.

As part of her PhD research, Ms Hamilton conducted the world’s first study into the cerumen produced by stingless Australian bees, to explore the possible medical properties of the wax and resin-based substance.

“With further research, we would like to find out whether these cerumen products can improve wound-healing in humans, and may be used therapeutically to treat chronic wounds and pathological scarring.”

Ms Hamilton’s research and academic achievements are recognised nationally and internationally and have taken her around the world.

After spending 10 months of her PhD in labs at Cardiff University in the United Kingdom, she has returned to Wales to work as a medical writer for a consultancy firm that specialises in health economic modelling and analysing healthcare data for the pharmaceutical sector.

“Their research is a big leap from the lab work I’m used to, but I find it fascinating and I enjoy that I’m continually learning,” she said.

The OP1 student from Urangan State High School was the first in her family to attend university when she enrolled in the first intake of the USC Dean’s Scholars Program in 2008. In that same year, she was awarded the inaugural Renouf Family Scholarship, which was established by Sir Clem Renouf to support high achieving students studying at USC.

Ms Hamilton achieved the rare honour of having her first research paper published as a first-year student, and was the first student to complete the University‘s accelerated pathway program, graduating with a Biomedical Science degree in just two years.

Ms Hamilton followed this degree with a Bachelor of Science Honours (First class) where she received a perfect grade point average (GPA) of 7 out of 7.

“I’m absolutely thrilled and deeply honoured to be receiving a Chancellor’s Medal this year. I’m grateful to have eight years of hard work recognised by my mentors and peers, and rewarded by the University,” Ms Hamilton said.

“My advice to all students would be to always pursue what makes you happy. With hard work, dedication and passion, you will reap the rewards of success.

“I would like to add a sincere thank you to the academic staff who have been my role models for the past eight years; and my family and friends for their unwavering support of my studies,” she said. 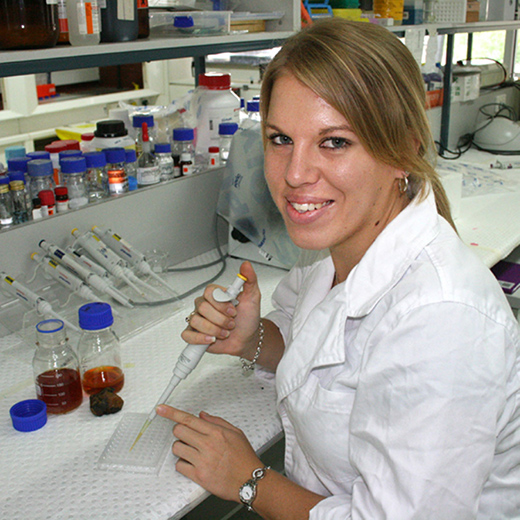